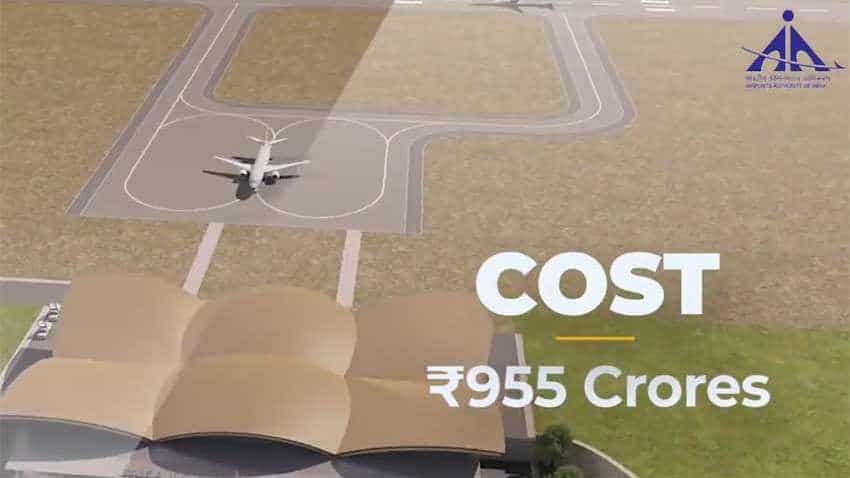 Civil Aviation Minister for State Jayant Sinha had said that the proposed 2,200-metre runway at the Hollongi airport will be able to handle jet aircraft.

Northeast India has been key to Prime Minister Narendra Modi's Act East policy. Right from bringing Arunachal Pradesh and Meghalaya on the Indian Railways map to inaugurating Sikkim's first greenfield airport at Pakyong, the Modi government has been working to boost connectivity in the Northeastern states of the country.  On Saturday, PM Modi inaugurated infra projects worth Rs 4,000 crore in Arunachal Pradesh. The prime minister not only inaugurated retrofitted airport at Tezu in Lohit district but also laid the foundation stone for construction of greenfield Airport at Hollongi.

"This (Hollongi airport) will improve connectivity & give support to local farmers expanding their reach to markets in other parts of the country," said PM Modi after laying the foundation stone of the Hollongi Airport.

Civil Aviation Minister for State Jayant Sinha had said that the proposed 2,200-metre runway at the Hollongi airport will be able to handle jet aircraft. The total cost of the airport at Hollongi will be Rs 1042 crore in which Centre will provide Rs 955 crore and the state's share will be Rs 87 crore.

Arunachal Pradesh has two airports - one at Pasighat and another at Tezu. The Pasighat airport had received its first flight under PM Modi's ambitious UDAN- Ude Desh Ka Aam Naagrik scheme on May 21, 2018. The flight takes 1 hrs 10 minutes and is active three days a week (Tuesday, Thursday and Saturday). It connects Pasighat to Kolkata via Guwahati with fixed-wing flight service.

Great joy for TEAM ARUNACHAL that decades old dream of having our own Airport at Capital has been approved today in PIB at an estimated cost of ₹1055 crores. I thank Honble PM Shri @narendramodi ji for his unstinted support in having this project see the light of the day. pic.twitter.com/QIqfan4QeM

The UDAN scheme aims to boost the regional air connectivity at an affordable price.