Arun Jaitley back in saddle after surgery; holds meeting of key FinMin officials

On May 12, Arun Jaitley, 65, was admitted to the AIIMS, and after the kidney transplant, he stayed in isolation ward to avoid infection. During his stay in the hospital, Jaitley also wrote a Facebook post on completion of 4 years of the Narendra Modi government. 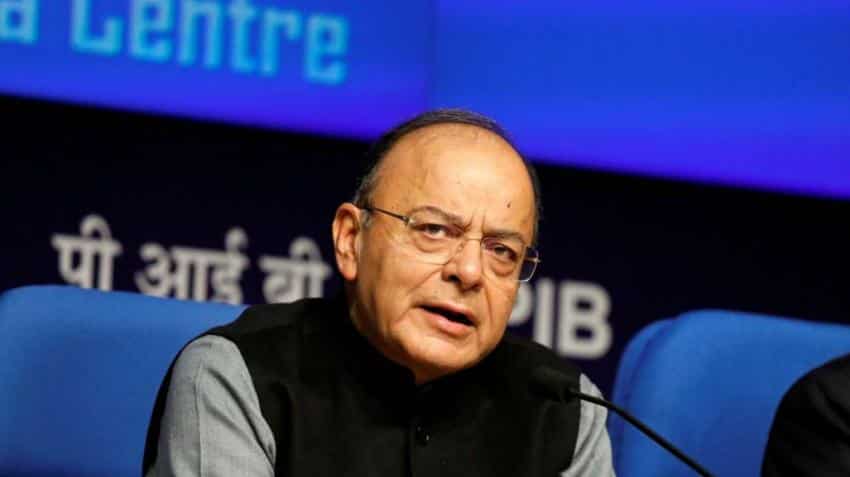 Earlier in the day, Arun Jaitley expressed gratitude to the doctors, nurses and paramedics, who took care of him during his stay at the All India Institute of Medical Sciences (AIIMS), through a tweet, saying "Delighted to be back at Home. My gratitude to the Doctors, Nursing officers and the paramedics who looked after me for over the past three weeks. I wish to thank all well-wishers, colleagues and friends who were very concerned and continued to wish me for my recovery."

On May 12, Arun Jaitley, 65, was admitted to the AIIMS, and after the kidney transplant, he stayed in isolation ward to avoid infection. During his stay in the hospital, Jaitley also wrote a Facebook post on completion of 4 years of the Narendra Modi government.

He wrote that the Modi government has provided a 'scam-free' governance during the last four years, and the country has transformed from being a part of the 'fragile five' to the "bright spot" on global stage.

The Facebook post titled, 'My Reflections on the NDA Government after Completion of Four Years in Power', he said "Prime Minister Narendra Modi created transparent systems through legislative and institutional changes which have given this country a scam-free governance. Unlike the UPA, the Prime Minister is the natural leader of both his party and the nation."

He further added, "Good governance and good economics have been blended with good politics. The result of this has been that the BJP is more confident, its geographical base has become much bigger, its social base has expanded and its winnability has hugely increased. The Congress is in desperation without the perks of office."

Jaitley had informed about his illness through a tweet on April 6 and had undergone dialysis for about a month. After that, he underwent the kidney transplant. In September 2014, he underwent a bariatrics surgery to treat weight gain because of a long-standing diabetic condition.

Arun Jaitley held the finance portfolio till he went for a kidney transplant surgery on May 14. During the period of his indisposition, Union Railways Minister Piyush Goyal has been given additional charge of the Finance ministry.