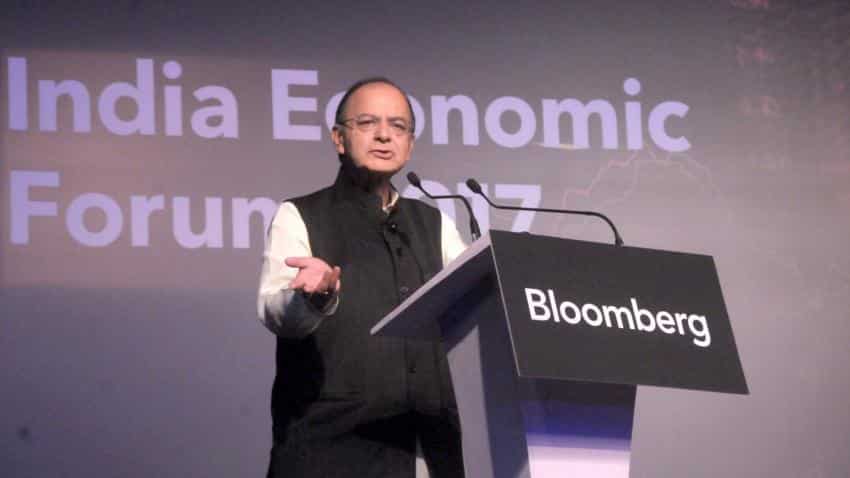 Union Minister for Finance and Corporate Affairs Arun Jaitley addresses at the India Economic forum in Mumbai on Sept 22, 2017.

Finance Minister Jaitley today reviewed capital expenditure programme and status of dividend distribution of CPSEs and authorities with the Secretaries of concerned Ministries and Departments and CMDs of major CPSEs.

When Jaitley asked CPSEs for aggresive investment, senior secretaries who were present in the meeting apprised the Finance Minister that their capital expenditure programme for the current year are completely on track for achieving the capital expenditure of Rs 3.85 lakh crore budgeted in 2017-18, Ministry of Finance said in an official release.

As per FinMin, "Finance Minister, while appreciating the commitments of the Ministries and CPSUs, assured that the Government would make available adequate resources but no slackness under any circumstances would be acceptable."

Moreover, some PSUs informed that they were planning to increase their capital expenditure programme, which in the aggregate, might be of the order of additional Rs 25,000 crore.

Further, another point of discussiong was that most PSUs have very low or no debt on their balance sheet which is reflected in their low debt to equity ratios.

Therefore, Jaitley asked CPSEs to raise more debt and not to rely entirely on cash and free reserves for finding new investments and capital expenditure.

The CPSEs which have free reserves and surplus cash were asked to consider declaring liberal dividends so as to promote more productive use of such resources for financing much needed physical and social infrastructure, Ministry said in the release.

Sharing views on capital investment, Finance Secretary advised the CPSEs to release outstanding payments expeditiously to help improve the liquidity in the market.