Around 1.66 lakh homes scheduled to be delivered in NCR during 2018: Report

Around 1.66 lakh apartments are scheduled to be delivered to buyers during 2018 in the national capital region, nearly four times the actual number of flats handed over by the real estate developers last year, property consultant  Anarock  said 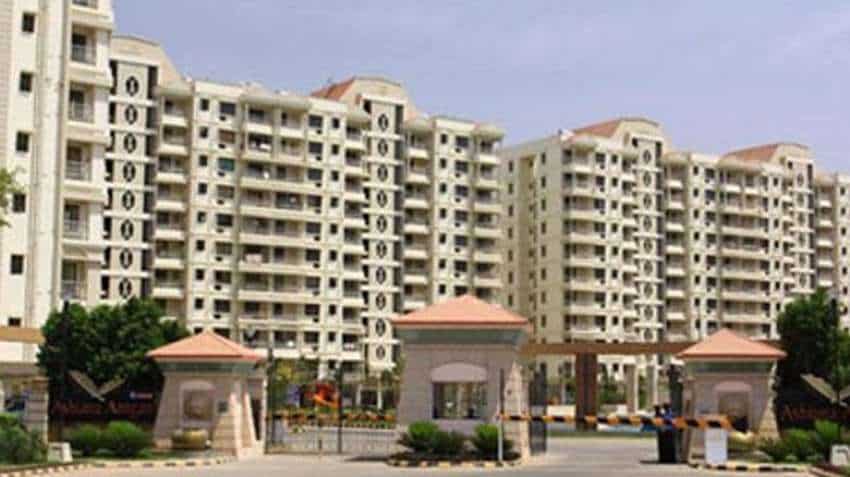 Out of the total planned delivery in 2018, the possession of nearly 80,000 flats are delayed. Image source: PTI
Written By: PTI
RELATED NEWS

Around 1.66 lakh apartments are scheduled to be delivered to buyers during 2018 in the national capital region, nearly four times the actual number of flats handed over by the real estate developers last year, property consultant Anarock said. Out of the total planned delivery in 2018, the possession of nearly 80,000 flats are delayed. "In NCR, out of the total 1.9 lakh units expected to be delivered in 2017, only 42,500 units were given for possession as promised," said Prashant Thakur, Head ? Research, Anarock Property Consultants.

About 49 per cent (about 73,000 units) of the undelivered residential units were in Greater Noida, followed by 17 per cent (25,300 units) in Ghaziabad, 13 per cent (19,400 units) in Gurgaon and 11 per cent (16,000 units) in Noida, he added. "Besides the delayed 79,400 units whose revised possession timelines are now December 2018, there are actually planned deliveries of around 86,600 units for this year. Altogether, NCR developers are expected to deliver around 1.66 lakh units (3.9 times the units delivered in 2017) by this year-end.
"Will developers in NCR be able to deliver such a large number? That is certainly something that bears watching closely," Thakur said.

With new real estate law RERA expected to streamline residential real estate, homebuyers are hopeful that projects that have been stalled or slowed down over the years will pick up momentum and finally be delivered. "The Government authorities are certainly scrutinising the issue by auditing long-delayed projects to chalk out initiatives and ensure their completion. All-in-all, with a massive number of residential units due for completion, year 2018 is a tough one for the NCR property market," Thakur said.

The home-buyer is, of course, at the losing end, Thakur added. Anarock found out that during 2017, out of the total 5.8 lakh residential units slated to be completed across the top seven cities in India, only 1.5 lakh units were actually delivered until December 2017. This indicates that around 4.3 lakh units actually missed their stipulated completion deadlines.

"The National Capital Region (NCR), one of the country's largest residential markets, was seriously wounded by sudden policy changes, structural reforms - and the dubious practices of unscrupulous developers. As a result, it topped the list of cities with maximum project delays," the consultant said.

Around 1.5 lakh units in NCR missed the 2017 deadline. The story in Mumbai Metropolitan Region (MMR) was no different with nearly 1.1 lakh units missing the said target date. On the micro-markets of the NCR, Anarock said that the developers in Greater Noida were expected to deliver around 84,200 units in 2017, of which only 13 per cent were delivered and an additional 39,000 units (46 per cent) are committed for completion by 2018-end.

In Ghaziabad, it said that of the 29,300 units, which were to be delivered in 2017, nearly 86 per cent failed to meet their deadline. Only 14 per cent have been handed over to buyers, and around 8,100 units (32 per cent) are envisaged to be completed by 2018-end. While a few projects have been sealed for recovering the Ghaziabad Development Authority's (GDA) development charges, others face difficulties in obtaining completion certificates.

About Gurugram, Anarock said that the millennium City was also not able to deliver around 19,400 units in 2017 and the the delivery of these units was shifted to future dates. Out of 27,300 units committed for delivery in 2017, only 29% were handed over to buyers and around 14,400 units (53 per cent) are being pushed for completion by 2018-end. However, it said that most of the delayed units are likely to be completed in 2018, and the delivery of only limited units is being pushed to the subsequent years.

In Noida, Anarock said, "Barring of construction activity within a 10-km radius from Okhla Bird Sanctuary between 2013-15 has stalled a large number of projects in Noida region. Out of the 23,900 units committed for delivery in 2017, 67 per cent were unable to meet the deadline. Around 7,900 units (49 per cent) of the delayed units are projected to be completed by December 2018".

The consultant attributed the huge delays to several factors like severe cash crunch due to syphoning of funds by developers for other projects, tweaked project details to bypass environmental/regulatory clearances, changing norms, water/sand crisis and red-tapism. "Consumer sentiment was severely shaken by these delays and finally brought the sector to a standstill. Developers' profits took a massive hit and their negative cash flows increased the delays even more," Thakur said.