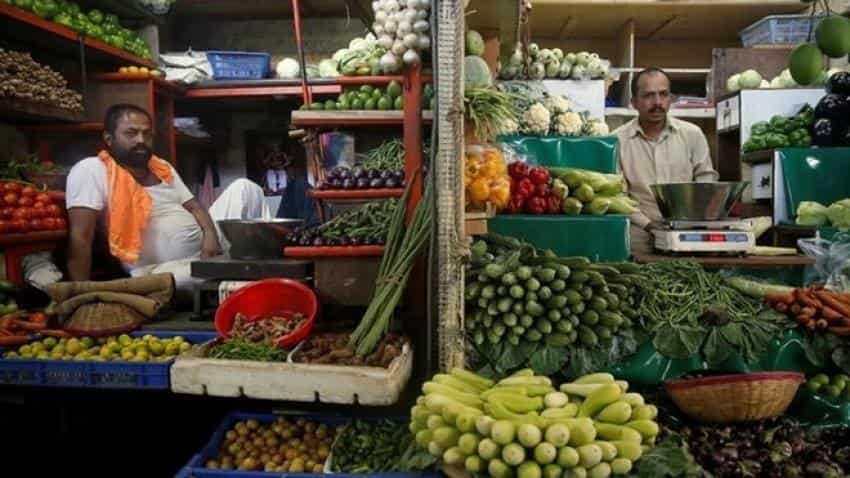 The RBI is expected to keep rates on hold until the first half of 2019. Image source: Reuters
Written By: Reuters
RELATED NEWS

A three-month slide in India’s inflation rate likely ended in April due to higher energy prices, a Reuters poll found, which could intensify pressure on the central bank to hike interest rates. A jump in the global price of oil, India’s costliest import, plus overestimated government expenditure and a sharp weakening in the rupee could cause the Reserve Bank of India to review its long-standing neutral stance.

The median forecast in the poll of nearly 30 economists was for April’s annual rate of consumer inflation to rise to 4.42 percent from March’s 4.28 percent.

If that is the case, April will be the sixth straight month of inflation above the RBI’s 4 percent medium-term target.

The highest forecast was 5.50 percent. One economist saw the pace as below the RBI’s target, at 3.88 percent, due to eased food prices.

Food and beverage inflation, accounting for nearly half of the CPI basket, fell to 2.81 percent in March, well below 2017’s high of 4.96 percent, in December.

While that is below the RBI’s 4.7-5.1 percent target for April-September, “rising oil prices and core inflation will be a concern,” she said.

“It will not be very long before the central bank raises rates,” John predicted.

On Thursday, oil prices hit multi-year highs on prospects for renewed U.S. sanctions against Iran amid an already tightening market.

A HIKE BY OCTOBER?

“We think that the recent spell of softer inflation has now come to an end,” said Shilan Shah, senior India economist at Capital Economics, adding that interest rate hikes are likely “perhaps by October but we wouldn’t rule out an earlier move”.

According to a Reuters poll in mid-April, the RBI will keep rates on hold until the first half of 2019.

The Reuters poll on inflation also showed expectations that growth in industrial output likely slowed to 5.9 percent in March, from February’s 7.1 percent.

That slowdown was seen primarily due to sluggishness in the output of eight core industries, which account for about 40 percent of overall production.

India’s annual infrastructure output growth slowed to a three-month low of 4.1 percent in

March, due to by slower growth in coal, steel and electricity production, according to government data.

“A cyclical recovery is under way, but rising oil prices and political uncertainty suggest a higher risk premium ahead,” Nomura economists said.