April 30 last day to provide self-certification for account holders; here's what you need to know about FATCA

The Inter-Governmental Agreement (IGA) between India and USA was expected to come into force on August 31, 2015. 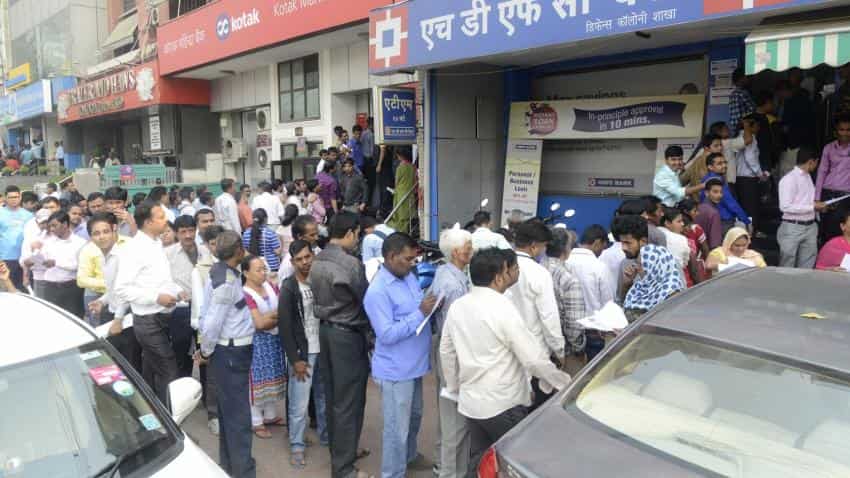 FATCA/CRS is not limited to Indian residents. Photo: IANS
Written By: Hitisha Jain

The government on Wednesday said that the account holders of any financial institutions need to provide self-certification of compliance under Foreign Account Tax Compliance Act (FATCA) by April 30, 2017. Failing to do that, the accounts will be blocked.

"The account holders may be informed that, in case self-certifications are not provided till 30 April 2017, the accounts would be blocked, which would mean that the financial institution would prohibit the account holder from effecting any transaction with respect to such accounts," the Ministry of Finance said in a release.

The Inter-Governmental Agreement (IGA) between India and USA was expected to come into force on August 31, 2015.

As per the Ministry, under the alternative procedure provided in Rule 114H(8) of the Income-tax Rules, 1962, the financial institutions need to obtain self-certification and carry out due diligence in respect of all individual and entity accounts opened from July 1, 2014 to August 31, 2015.

Such self-certification and documentation was required to be obtained by the financial institutions by August 31, 2016, otherwise they were required to close the accounts and report the same if found to be a "reportable account" as per the prescribed due diligence procedure for preexisting account, the Ministry said.

The Ministry said that they were receiving number of queries from the financial institutions regarding the revised time lines for completion of due diligence.

Income Tax Department said that it was clarifird that the financial institutionals were not required to close the accounts by August 31, 2016. "They were advised to continue to work on obtaining self certifications."

Here are the FAQ's answered by Athil Shetty, Founder & CEO of BankBazaar.com:

FATCA is an act that focuses on instances of deliberate tax evasion by US citizens/residents on income generated at overseas locations, as explained by Smartmoneygoals.com.

This means parking funds outside US using foreign banks or failing to disclose assets and investments owned abroad, including in country of origin, to avoid paying taxes to Internal Revenue Service (IRS). This is different from tax avoidance which is a legal way of reducing taxes.

According to the Reserve Bank of India, on July 9, 2015, India had signed the Inter-Governmental Agreement (IGA) with the USA for Improving International Tax Compliance and implementing the Foreign Account Tax Compliance Act (FATCA).

India has also signed a multilateral agreement on June 3, 2015, to automatically exchange information based on Article 6 of the Convention on Mutual Administrative Assistance in Tax Matters under the Common Reporting Standard(CRS), formally referred to as the Standard for Automatic Exchange of Financial Account Information (AEoI).

Who are eligible to fill FATCA?

All Indian investors, who hold accounts in any financial institutions like Mutual funds or other investments like Fixed Deposits, were need to file a supplementary CRS/FATCA self certification form to comply with this KYC requirement from January, 2016 onwards.

FATCA/CRS is not limited to Indian residents and you need to file information under the FATCA/CRS guidelines even if you are a NRI investor. All joint investment account holders, including any power of attorney holders and guardians of minors also need to attach their FATCA/CRS certifications.

How to file the details?

Shetty, FATCA/CRS details can be filed using a self certification form that is available with the mutual fund company’s website, as well as at all service centers/Asset Management Companies (AMCs). You can use either offline or online mode to submit your FATCA form details. For physical submission, you need to duly sign the FATCA/CRS form along with copies of necessary and relevant documents and submit the same in your nearest AMC branch.

Alternatively, you can approach your Registrar and Transfer Agent (R&T) for online submission, where your PAN card is used to generate a one-time password sent on your registered mobile or email, Shettty said.

What are the details required?

The account holders needs to fill the details like  tax residency status in India, and documents supporting it, such as documents stating your place of birth, occupation, income details, your overall net worth, and tax identification number (for investors from other countries).

ALSO READ: PAN invalid if not linked to Aadhaar card? Here’s how to link the two

Therefore, in addition to your PAN card, documents like passport, election ID card, Aadhaar card, or any other government issued ID card is required separately to be filed for this. If the tax-payer identification document is not available, an explanation of the same needs to be enclosed.

Now, according to the new rule, the bank accounts need to be Aadhaar card linked. Hence, for Indian citizens, Aadhaar card is the most important document that will be required.