Apple iPhones get bigger and pricier, Watch turns to health

Apple Inc introduced its largest-ever iPhone and a watch that detects heart problems on Wednesday in an attempt to get customers to upgrade to more expensive devices in the face of stagnant global demand for smartphones. 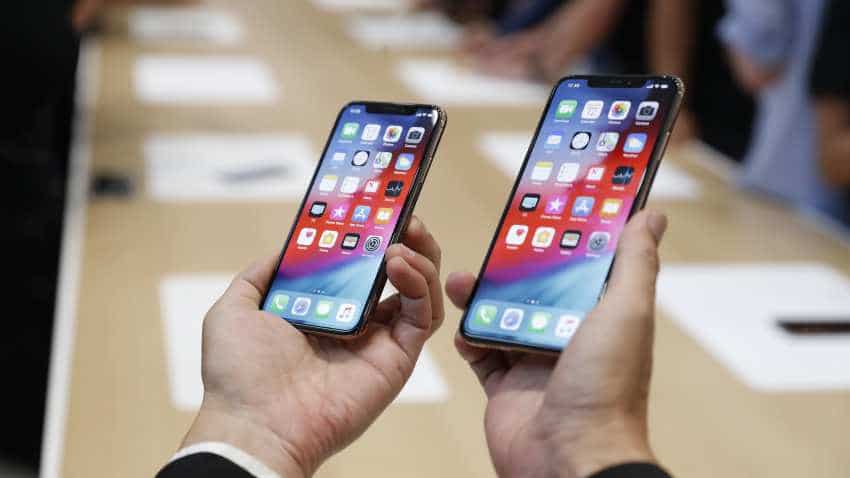 Apple Inc introduced its largest-ever iPhone and a watch that detects heart problems on Wednesday in an attempt to get customers to upgrade to more expensive devices in the face of stagnant global demand for smartphones.

The relatively small changes to its lineup, following last year`s overhauled iPhone X, were widely expected by investors and the company`s shares ended down 1.2 percent at $221.07.

The strategy has been successful, helping Apple`s stock to rise more than 30 percent this year and making it the first publicly traded U.S. company to hit a market value of more than $1 trillion.

"The larger screen will be very important in China to turn around the trend there, because they have lost some share in the last few years, partly because of screen size,” she added.

The iPhone XS Max`s display size is 26 percent larger than the previous largest iPhone display, marking it the largest increase in screen size since 2014, wrote analyst Gene Munster of Loup Ventures in a note.

This year`s three top phones are all more expensive than last year`s models.

With two of them starting at $999 or higher in the United States, Apple appears to be taking advantage of a strong U.S. economy, low unemployment, and rising household wealth. The median U.S. household income rose for a third straight year in 2017 to the highest on record since 1967 by one measure, government data showed on Wednesday.

MEDICAL DEVICE MARKET
Looking for ways to lessen reliance on phones, which represent more than 60 percent its revenue, Apple opened its event by announcing the new Apple Watch Series 4 with edge-to-edge displays, like its latest phones, and they are more than 30 percent bigger than displays on current models.

It is positioning the new watch as a more comprehensive health device, able to take an electrocardiogram to detect an irregular heartbeat and start an emergency call automatically if it detects a user falling down, potentially appealing to older customers.

The U.S. Food and Drug Administration said it worked with Apple to develop apps for the Apple Watch and has been taking steps to ease the regulatory pathway for companies seeking to create digital healthcare products.

As many as 6.1 million Americans have atrial fibrillation, a heart disease involving irregular heart rhythm for which the Watch could offer an early warning. That number is expected to double by 2050 as the population gets older, according to the American Heart Association.

"This does have a lot of potential for patients," said Dr. Michael Valentine, president of the American College of Cardiology and a cardiologist at Central Health in Lynchburg, Virginia. "Clinicians face patients every day with palpitations, rapid heart rates, and other symptoms," and the doctors want a more portable monitoring and recording system.

BMO Capital Markets analyst Joanne Wuensch added that physicians would be unlikely to make medical treatment based on data from the watch, though it could encourage patients to see cardiologists.

Healthcare technology analyst Ross Muken at Evercore said many companies were developing monitoring devices. "This update really establishes the company’s increasing efforts to push the watch as a serious medical device," he said of Apple.

Apple`s event was held at the Steve Jobs Theater in its new circular headquarters in Cupertino, California, named after the company`s co-founder who wowed the world with the first iPhone in 2007.

Executives made no mention of a wireless charging mat, or content deals for Apple TV, as some industry analysts had expected.

"We all knew this was going to be a transitional but not transformational phone update," said Trip Miller, managing partner at hedge fund Gullane Capital, which owns Apple shares.