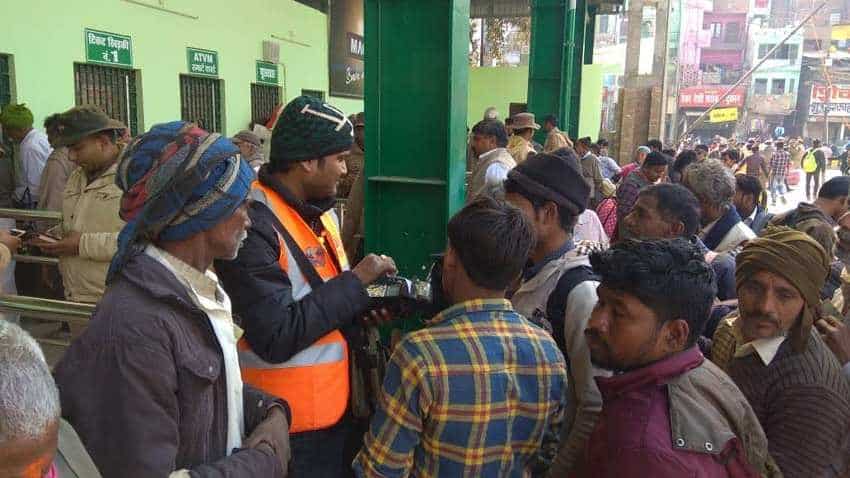 Indian Railways: The USP of the system is that this machine works both in the ‘online’ and ‘offline’ modes.
Written By: ZeeBiz WebTeam
RELATED NEWS

Kumbh Mela 2019 is here and the mega religious gathering has made the Indian Railways go out of the way to think something new, something innovative to serve the pilgrims. Earlier, the railways had allowed advance booking of the unreserved ticket from the UTS app during Kumbh from 11 stations of Prayagraj area.  Now, to cater to a large number of passengers travelling to Kumbh, the North Central Railway has come up with another innovative ticketing method, which is a first for the Indian Railways.

It happened so that during a brainstorming session for preparations related to Kumbh, the idea of ‘Handheld Ticket Dispensing Machine’ came forward from the Deputy Chief Commercial Manager (UTS) of North Central Railway Pravin Kumar. The NCR decided to christened the device after his name.

“There were a number of issues to be addressed and a number of problems to be solved in very little time before the idea could actually be translated into reality in the short window of time that we had before the commencement of the Kumbh Mela. That we have been able to do it within time speaks a lot about the commitment of the entire team that worked tirelessly to make Handheld Unreserved Ticketing a reality” said GM, NCR Rajiv Chaudhry. 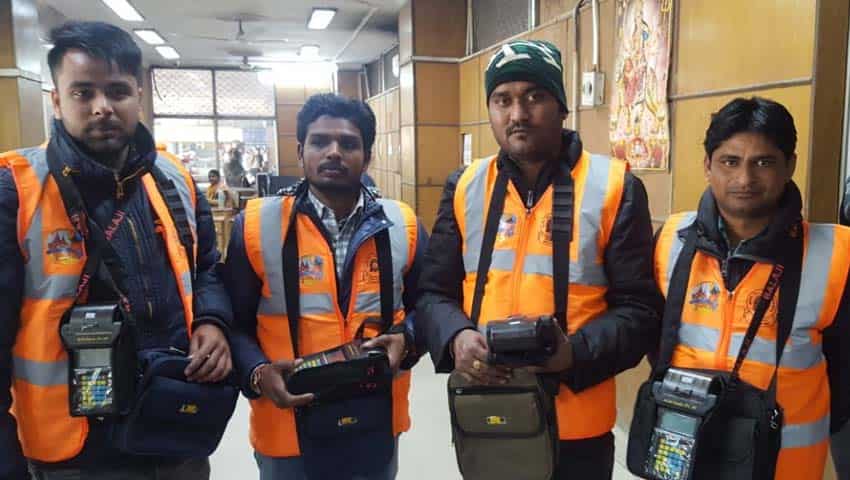 The first commercial ticket for an actual journey was generated by the machine on the 14th January, at 18:43 hours in the evening for a journey from Allahabad junction to Subedarganj station. "Costing just Rs 10, the ticket has become a bit of a collector’s item among railway enthusiasts and its photographs are doing the rounds on various social media groups of rail enthusiasts and rail fans. Pravin Handheld Ticket Dispensing machine crossed the sale of tickets worth Rs 1 lakh within three hours of its starting operation," said the NCR.

Gaurav Krishna Bansal, CPRO, North Central Railways, said that designated staff and volunteers wearing ‘Rail Kumbh Seva’ jackets are moving in the Sangam area and within the passenger enclosures at our railway stations with the Handheld Ticket Dispensing machines.

“Even though the innovation has happened during the Kumbh Mela, we expect it to continue after the Kumbh Mela for dispensing tickets to passengers and pilgrims during other important Melas also, which are held within the geographical limits of the NCR throughout the year” he added. 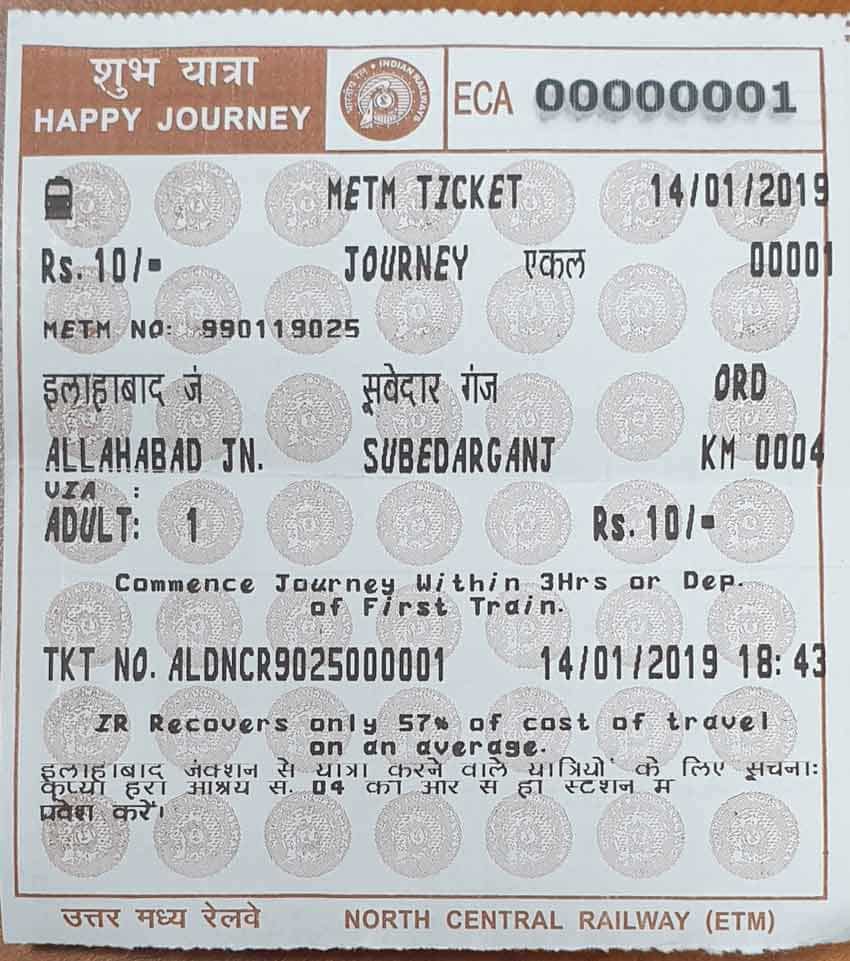 The USP of the system is that this machine works both in the ‘online’ and ‘offline’ modes and so its efficacy is unaffected by the availability or lack of mobile tower signals in the area where it is being operated.

Hitherto, the chief method of purchase of Unreserved (UTS) ticket is through the 'Ticket Windows', the railways has opened 100 additional ticket windows at the stations of Prayagraj district for dispensing unreserved tickets to the pilgrims coming to the Kumbh Mela.