Another BIG DECISION from Modi government set to arrive? PUSH to commercial mining

It has been reported that the Modi government is all geared up for a slew of reforms in the mining sector. 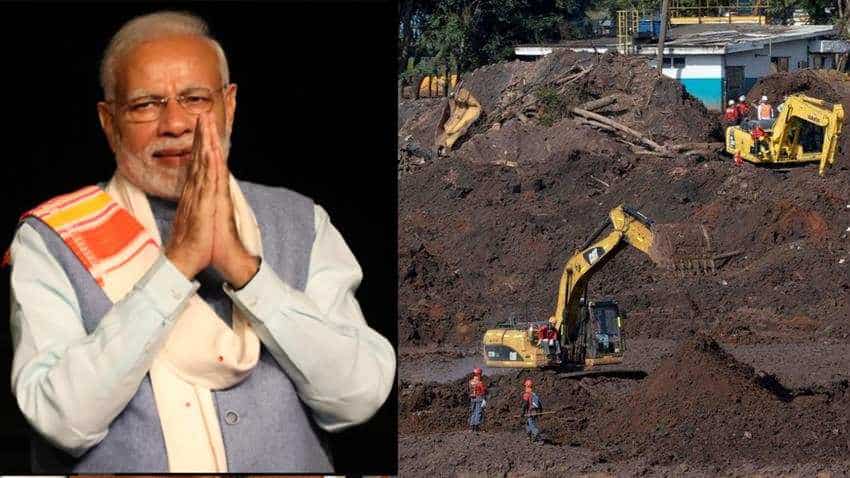 PM Narendra Modi is known for taking the big decisions and innovative initiatives. It has been reported that the Modi government is all geared up for a slew of reforms in the mining sector. Moreover, there are detailed plans for giving a big push to commercial mining to help attract investment and improve mineral production in the country.

As part of this, highly placed sources said the government would discontinue the practice of offering mining rights for mineral resources, including coal, to companies for captive use, as per a report in IANS. Instead, a new hybrid mining lease agreement would be framed under which companies would be free to use extracted mineral both for captive use of end use plants (power, steel, cement etc) and commercial sale in the open market.

A high level committee headed by NITI Aayog vice chairman and having top representation from ministries of finance, mines, coal and environment, has suggested that all mines hence forth be auctioned for commercial production. For companies taking mines largely for captive use, 50 per cent of production from those mines would be permitted to be sold in the open market under the new hybrid lease agreement.

Sources said the government has accepted these recommendations and necessary changes in mineral laws would be made to allow the reform measures to take shape.

"Captive mining rights do not result in optimal extraction of mineral resources, making the activity uneconomic. Often companies with captive leases are forced to contain production as extra production would cause loss of revenue to them in the absence of commercial selling right for surplus production. Thus, a hybrid agreement will allow full potential of mineral block to be realised and also help both the Centre and the state to increase their earnings," said a former head of Coal India Ltd asking not to be named.

The high level committee has suggested that changes in grant of mineral rights with the option to do both captive and commercial mining may be applied prospectively for all exploration and mining activities. In addition to extraction of main mineral, the hybrid model will also allow leaseholders to extract other minerals found in their mine lease area on payment of 10 per cent of the quoted revenue share for the main mineral.

For existing captive mines allocated before the auction mechanism was made mandatory for grant of mineral leases, the high level committee has suggested the companies can use surplus mineral in their new end-use units formed under a joint venture agreement with a minimum 26 per cent shareholding.

Mining has been identified as a critical activity that needs a big push to help other capital intensive and employment generating industries. The sector is braving a slowdown that has seen declining investment and production.