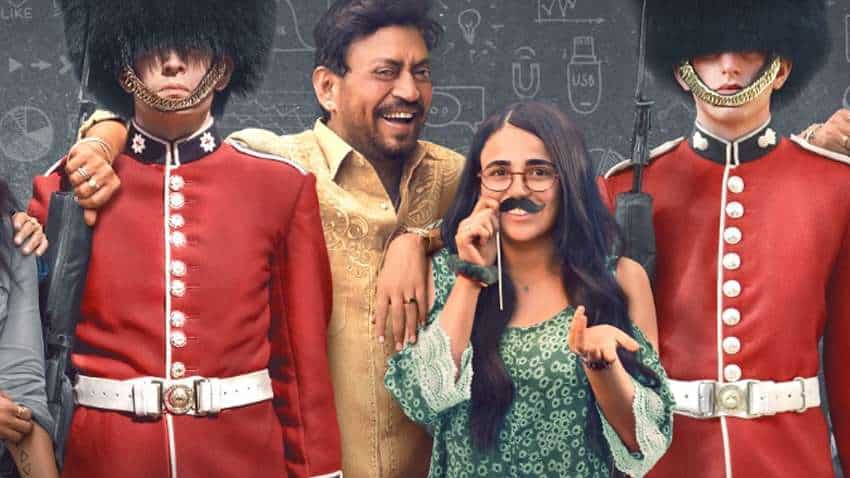 The film has released to very poor opening in India with only 5 to 8 per cent occupancy in morning shows across the country. Source - Irrfan Khan/Twitter.
Written By: ZeeBiz WebTeam
Edited By: Harish Dugh
RELATED NEWS

What is neuroendocrine tumor? All you need to know about disease Irrfan Khan was diagnosed with in 2018

Angrezi Medium full movie download link has been leaked by Tamilrockers. The Irrfan Khan, Radhika Madan and Kareena Kappor starrer has become the latest victim of piracy. Released on Friday, the movie was leaked by notorious website Tamilrockers on the same day. The film would have struggled at the box office anyway with a few states deciding to close cinema halls till March 31 in the wake of coronavirus outbreak.

The film has released to very poor opening in India with only 5 to 8 per cent occupancy in morning shows across the country. This is largely due to the coronavirus scare. Angrezi Medium reviews haven't been great too which will further hit the box office figures.

"#AngreziMedium got a very poor opening of 5-8% across India. Theaters Shut down in delhi & corona virus scare in rest of India is impacting the film initials big time. Only mumbai circuit can drive it through to a respectable day-1 collection," film trade analyst, critic and influencer Sumit Kadel tweeted on Friday morning. The film marks the comeback of Irrfan Khan who has been suffering from a long-time illness.

What is neuroendocrine tumor? All you need to know about disease Irrfan Khan was diagnosed with in 2018