Engineer from Andhra Pradesh, who is stranded in coronavirus-hit Chinese city of Wuhan, is surviving on rice and pickle for nearly a month. 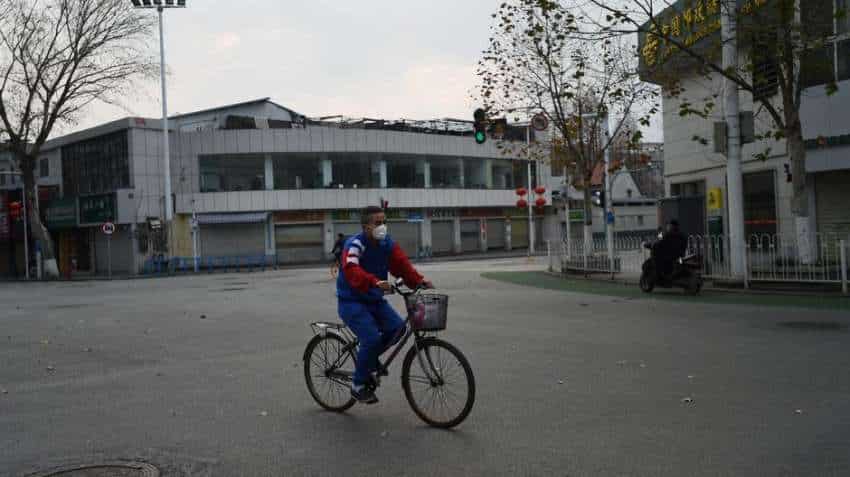 This is a representation image. Photo:Reuters
Written By: IANS
RELATED NEWS

A 22-year-old engineer from Andhra Pradesh, who is stranded in coronavirus-hit Chinese city of Wuhan, is surviving on rice and pickle for nearly a month, her relatives said.

With only non-vegetarian food is available at a Chinese company`s dormitory, this woman from Kurnool district is eating only the rice supplied in the dormitory and the pickle she had carried with her from India.

The woman, who was not allowed to board the flights to India late last month and earlier this month, is likely to return along with other Indians stranded in Hubei province on Thursday.

However, her relatives are keeping their fingers crossed. "The embassy has given only a tentative date. We have to wait. There will be tension till she boards the flight because we can`t say anything with certainty about the Chinese authorities," Jyothi`s fiance Amarnath Reddy told IANS over phone.

Amarnath Reddy said the Chinese government should allow the evacuation on humanitarian grounds as Jyothi and her family suffered a lot for the last 27 days.

Jyothi, along with another trainee engineer Sathya Sai Krishna from Andhra Pradesh, were not allowed to board the flight on January 31 as they were running high temperature. They were again stopped from taking the second flight on February 2 though they had no symptoms of coronavirus.

Jyothi and Krishna were among the 58 trainee engineers of Panel Optodisplay Technology Private Ltd (POTPL). Barring the two, all others have returned to India.

The youths were part of a group of staff of Chinese firm POPTL who went there for training. POPTL selected the students during campus placements to work at its upcoming LCD TV screen-manufacturing unit near Tirupati.

Jyothi and Krishna were lodged in POPTL`s dormitory for nearly a month and waiting for help from the Indian government.

Jyothi informed her fiance that neither the company nor the local authorities took care of them. "She was not provided any medicines even for common ailments. Surviving on just plain rice and pickle, she has turned weak and considerably lost weight," said Amarnath Reddy, who is a chartered accountant in Nandyal town of Kurnool district.

Amarnath Reddy, a relative of Jyothi, has been anxiously waiting for her return. Their wedding is scheduled on March 15.

"But we have to postpone the wedding because after her return she may be kept at quarantine facility at Manesar for 15 days. She also needs time to recover from the trauma she went through for more than a month," he said.

Jyothi`s mother Prameela is praying for her early and safe return. Jyothi`s father Maheswara Reddy, a retired military officer, passed away in 2014.

China`s novel coronavirus epidemic has so far claimed 2,715 lives while there are 78,064 confirmed cases.