Recently, the state government organised Electric Mobility Stakeholders meet to invite their suggestions to design the policy to increase manufacturing and utility of electric vehicles in Andhra Pradesh. 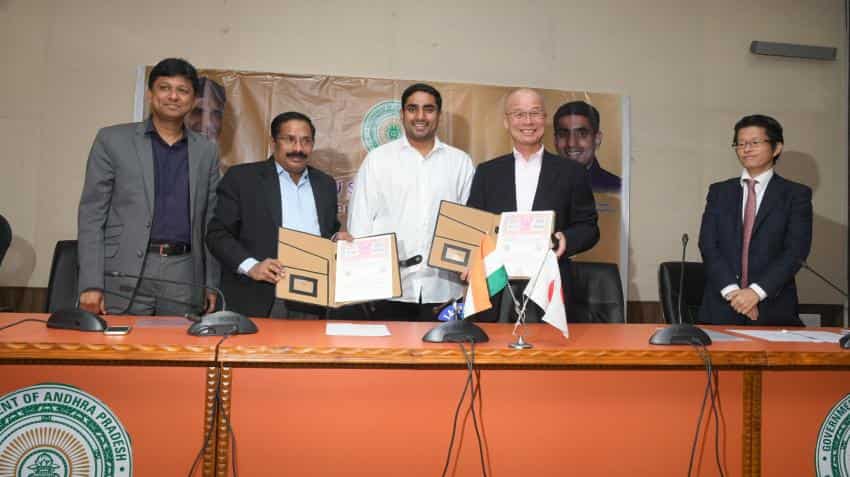 The MoU being exchanged in the presence of AP Minister for IT, Nara Lokesh, and Managing Director of Toyota Kirloskar, Akito Tachibana. Image source: Andhra Pradesh PIB

The state, which is already a hub to leading auto companies like Isuzu, Kia Motors and Hero Motocorp, signed a
memorandum of understanding (MoU) today in Amaravati with Toyota Kirloskar Motors.

The took place in the presence of AP Minister for IT, Nara Lokesh, and Managing Director of Toyota Kirloskar, Akito Tachibana.

Later interacting with media persons, Nara Lokesh said, “We will experimentally try 10 latest electric vehicles which will be delivered between May and December 2018. Andhra Pradesh Government is keen to be the hub for electric vehicle ecosystem and is working on bringing in a comprehensive Electric Vehicles (EV) policy as well as setting up the required charging infrastructure”.

The state government is also planning to introduce electric cars in a big way in the districts of Visakhapatnam, Amaravati and Tirupati.

Akito Tachibana said, “We would like to acknowledge the proactive support and cooperation extended by Government of Andhra Pradesh in executing the feasibility study on introduction of Toyota’s electrified vehicles “Prius PHEV” and “Small EV Commuter."

He also appreciated the Andhra's government’s ambitions to reduce the pressing issue of pollution in the country through electrification of vehicles.

PLI Scheme: Deadline to apply for production-linked incentive for steel manufacturing extended till May 31