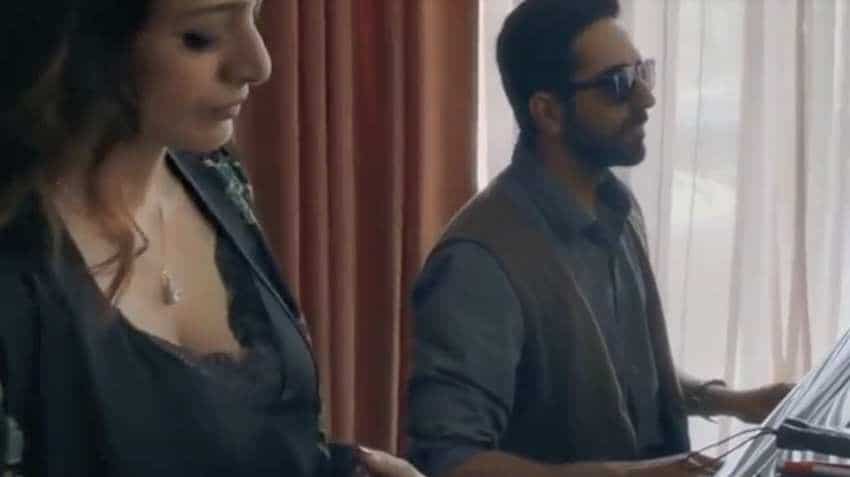 AndhaDhun box office collection China: The Ayushmann Khurrana film is witnessing spectacular earnings at the box office in China. The movie is now the third highest grossing Indian film in China after Aamir Khan-starrer Dangal, and Secret Superstar. It has already surpassed the collection of Salman Khan's Bajrangi Bhaijaan and Irrfan Khan-starrer Hindi Medium. However, the Ayushmann Khurrana film has to go long way to touch the collection of Dangal and Secret Superstar. The earnings of Dangal in that country stands at $191.15 million or Rs 1224.25 crore. Secret Superstar's lifetime earnings in China is about Rs 750 crore, according to a Bollywood Hungama figure published earlier.

The Sriram Raghavan directorial venture has so far earned $43.45 million or Rs 303.36 crore at the ticket windows in China, which is much higher than its India collection.

During the weekends, the collection went up.  After Friday's earnings of $ 1.61 million, the movie collected $3.45 million, and $2.93 million on Saturday and Sunday, respectively.

The weekdays' earnings of the film will give a clearer picture of how much it can gross in that country in a lifetime collection. The film was released in China as Piano Player on April 3 in over 5000 screens across the country. Besides Ayushmann Khurrana, the film features Radhika Apte and Tabu in lead roles.