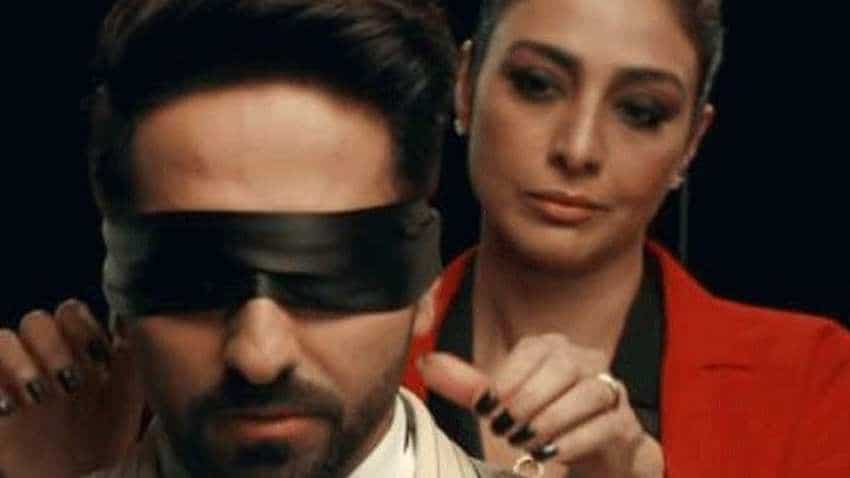 AndhaDhun box office collection: The film had got great reviews in India and had made headlines for its open-ended climax. Source - Ayushmann Khurrana/Twitter.
Written By: ZeeBiz WebTeam
RELATED NEWS

AndhaDhun box office collection: Ayushmann Khurrana and Tabu starrer AndhaDhun made a lot of noise last year, all for the right reasons, when it released in India last year. The Sriram Raghvan directorial released to rave reviews and was tipped as one of the best movies on 2018 by many. But, it did not reflect in the film's performance at the box office as it managed to earn just Rs 74.59 crore despite positive word of mouth. However, there is no stopping for this crime thriller in China. The film had released in China last week and has raked in Rs 115.24 crore within nine days.

It had minted $1.46 million on Monday and added another $1.39 million on Tuesday, taking the overall collection to $16.66 million by the end of day 9. With this, AndhaDhun has left behind DC's superhero flick Shazam which is also on fine across the globe. The collection was confirmed by trade and business analyst Taran Adarsh.

The film stars Ayushmann Khurrana in the role of Akash - a pianist pretending to be visually-impaired. His life changes when Akash witnesses a murder at the hands of Simi (Tabu) and her lover Manohar Jawanda (Manav Vij). Things get worse when Akash actually loses his eyesight.

The film had got great reviews in India and had made headlines for its open-ended climax. It had beaten top earning films of 2018 like Sanju, PadMan and Raazi to become IMDb's Top Indian Movies of the year.

The actor is ecstatic about film's performance and said that it proves how cinema goes beyond language and borders. "Cinema has always had universal appeal and it has cut across languages and borders. It`s overwhelming to see Andhadhun among such great cinema that has made our country proud," Ayushmann said in a statement.