Former Union minister J P Nadda was appointed as BJP's working president during the party's parliamentary board meeting on Monday. 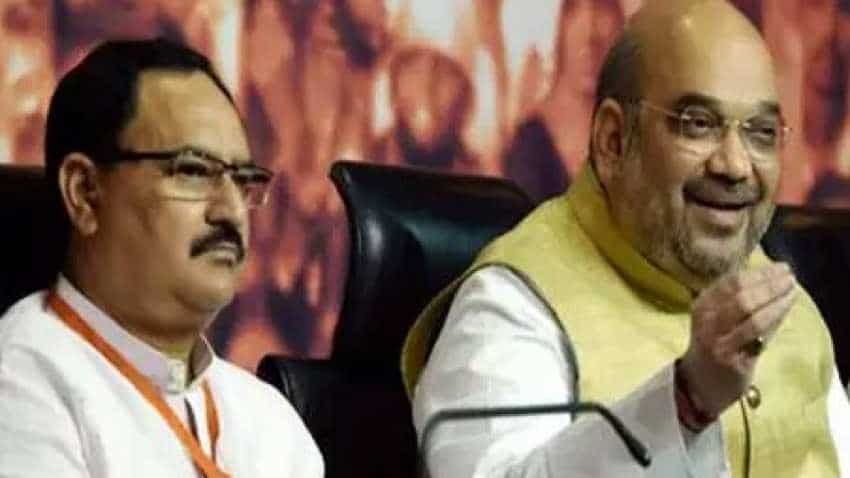 Former Union minister J P Nadda was appointed as BJP's working president during the party's parliamentary board meeting on Monday. The decision by BJP's highest decision-making body was announced by former party president and Defence Minister Rajnath Singh after the meeting, which was attended by Prime Minister Narendra Modi and BJP chief Amit Shah. Shah will remain party's national president. "BJP Parliamentary board met today and it has selected J P Nadda as the working president.

He will remain the working president till the BJP's membership drive and organisational elections are over," Singh tweeted.  In a series of tweets, Singh said the the BJP has won several elections under the leadership of party president Shah.  After the Prime Minister appointed him the home minister, Amitji himself had said that the responsibility of party president should be given to someone else, the defence minister said.

"Congratulations and best wishes to Naddaji for shouldering this new responsibility," Singh tweeted. This is for the first time party has appointed a working president. Shah's tenure ends in December 2019 and he may not like to get an extension as the party has principal of 'one man, one post', sources said. Nadda, currently BJP's parliamentary board secretary, will continue as working president till BJP's organisational election are over amid indications that he may succeed Shah.

Nadda, 58, was given responsibility of Uttar Pradesh ahead of the Lok Sabha polls in which the BJP bagged 62 out of the 80 seats in the politically-critical state. A three-time MLA, Nadda represents Himachal Pradesh in Rajya Sabha and enjoys the confidence of the party's top brass. He was the health minister in the Modi government in the previous term.

The decision to appoint Nadda came days after the BJP at a meeting of its national office bearers decided to carry out a membership drive to increase its members by 20 per cent followed by the party's organisational polls. The party will start the drive from July 6, birth anniversary of its founder Syama Prasad Mookerjee. The entire exercise may take several months to be concluded, which means that the party may fight assembly elections in three states -- Haryana, Jharkhand and Maharashtra -- later this year under Shah and Nadda.