In last 3 monetary policies, overall 75 basis point cut has been made in repo rate. 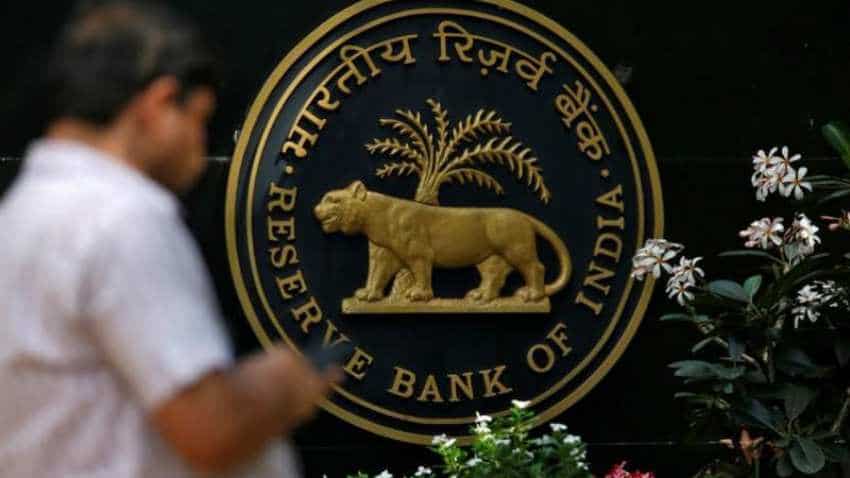 Overall 75 basis point cut has been made in repo rate. Photo: Reuters

While India has only played its first match so far in World Cup 2019, the Reserve Bank of India (RBI) has already delivered a hat-trick. Governor Shaktikanta Das, along with the MPC, has cut the policy repo rate by 25 basis points for the third time in a row. Now, repo rate under the liquidity adjustment facility (LAF) has been reduced by 25 basis points to 5.75 per cent from 6.0 per cent with immediate effect. In last 3 monetary policies, overall 75 basis point cut has been made in repo rate.

A 25 bp rate cut falls short of what is required with a delayed and expected insufficient monsoon. This cut is a mild inflation tamer but not the big growth driving rate cut that the economy needs. Easing into growth through stances is not optimal and an abrupt and decisive rate cut would have pushed the market forward significantly.  A substantial rate cut has been overdue for two policy sessions. We hope the accomodative policy stance will deliver that the next time around.

Mahindra Group CFO, VS Parthasarathy on this RBI policy:

2.0-3.0-8.0: In the Govt. Innings 2.0, RBI’s 3.0 (3rd rate cut) lays the foundation for aspirational GDP growth of 8.0! RBI delivers the first Hatrick during 2019 edition of the World Cup! While the rate cut and stance is good, the transmission and execution will make it great and help the country to Rise.

Banking and NBFC are the backbone of the country which need to be nursed back to health. Liquidity is the blood in the veins of this country.

We welcome this move of 25 bps rate cut. Rate cut of 50 bps would have been better considering the current liquidity and low consumer sentiment in the market. Moving from neutral to accommodative status is encouraging step from RBI. We hope the economy will grow at better rates in Q2 FY20.

The low consumer demand in Q4 FY19 coupled  with low GDP has had a negative impact on the companies earnings, we are hoping for better times during the Q2 FY19 onwards.

RBI rate cut is on the expected lines. With its 'accommodative' stance, we expect the RBI to remain supportive, maintaining liquidity at a slight surplus over the next few months. This liquidity will boost private spending across Industries.  Private spending by corporates coupled with Government spending and consumption will drive the economy.

Amid slowing economic growth and rising global uncertainty, this is a welcome move in our business.

RBI rate cut comes at a time when India’s Q4FY19 GDP growth rate reduced to 5.8 per cent, a five year low under the Modi government. Even though inflation has remained very much under control, the liquidity had been in deficit mode for the past few months.

With its 'accommodative' stance, the RBI has signaled higher chances of more cuts in the coming months if inflation persisted within tolerable limits. This is a positive move for us as this will bolster liquidity and boost private spending across Industries.

The Reserve Bank of India during its June bi-monthly MPC meet slashed the policy repo rate for a third consecutive period in unanimous decision by 25 basis points which now stands at 5.75 per cent, and further revised the stance towards ‘accommodative’ from ‘neutral’ stance for the first time since new Governor took charge.
Although the majority of market participants voiced for beyond standard cut of 25 bps, the current rate cut came in line with market expectation which was primarily driven by slowdown in domestic economic growth coupled with distress in global market led by trade truce. The central bank also lowered the GDP growth rate for FY20 to 7 per cent from 7.2 per cent which indicates the likelihood of economy facing headwinds led by slowdown in consumption and private investment.

The MPC’s decision to slash key policy rate by reducing the key repo rate by 25 basis points to 5.75% is akin to extending the much needed monetary policy support to the Government’s proposed fiscal measures to spur growth and investment cycles. Also welcome is the apex bank’s decision to change its stance from neutral to accommodative. Both measures will help improve the liquidity situation in the economy as well as support economic growth. With inflation cycle seems to have peaked MPC has enough headroom for further rate reduction.

MPC’s decision is also in line with the central bank’s stated policy of supporting economic growth without losing sight of its inflation trajectory. The move is also expected to address the liquidity concerns in the economy thereby reviving the demand situation. Pickup in demand scenario is most essential for perking up manufacturing activity. This will in turn enhance the profitability of the private corporate sector leading to higher private capital expenditure. Such a pickup in private sector capital expenditure will also lead to more jobs.

Also an improved liquidity in the system will also see more capital flowing to the critical infrastructure sector which is vital for reviving rural demand and creating more employment. Increased rural income and demand will be a major positive for reviving consumption demand helping consumer focused sectors to improve sales and profitability. However the forecast of a lower than average monsoon remains as a key policy concern. But this may be more than offset by record food grain stocks and softening crude oil prices.

Change in policy stance to accommodative and benign inflation outlook and the likelihood of further rate cuts led to a decline in government bond yields. Further, the stance on maintaining comfortable liquidity conditions also indicate towards the possibility of further open market purchase of these bonds by RBI during FY2020, the extent of will depend on foreign capital inflows.

Soon, more White Label ATMs near you! RBI has announced this big change