Amazon to export India made goods worth $10 billion by 2025. The world's richest man also pledged to invest $ 1 billion to digitize small and medium enterprises (SMEs) in India 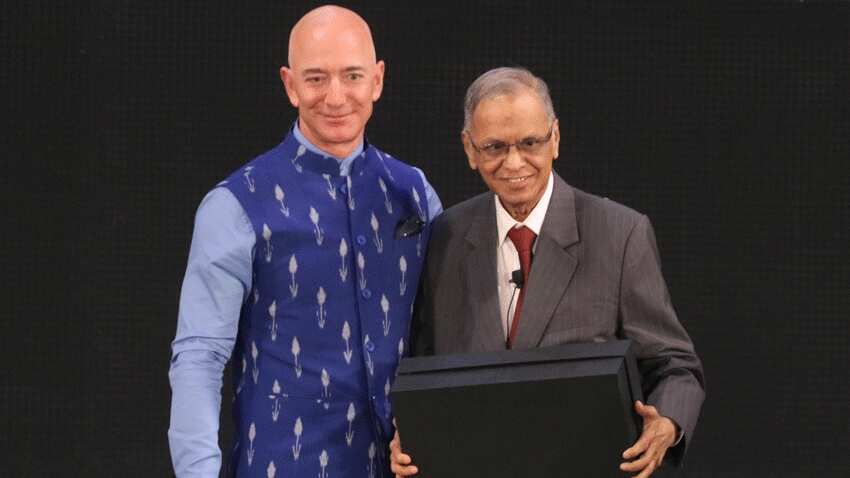 Jeff Bezos: India had something special and was full of dynamism and energy. The 21st Century belonged to India Source: IANS
Written By: ZeeBiz WebTeam
Edited By: Harish Dugh
RELATED NEWS

Amazon founder and Chief Executive Officer (CEO) Jeff Bezos said that the e-commerce major would use its global footprints to export "make in India' goods worth $10 billion by 2025. Bezos is on a three-day visit to India.

Underscoring India's prospects in the 21st century, Bezos said that the century belonged to India and there would be an alliance between the US and India.  The CEO said that India had something special and was full of dynamism and energy.

On his space venture Blue Origin, Bezos said that "Earth is finite. If we continue to grow and consume energy and expand, in the long run we are going to move the polluting industries to space and earth can be this place to live." We will need to do something to take care of the planet, he added.

"The current productivity should go from $2000 to three or four times higher," Murthy said adding "We should think of differentiating all value proposition." he further said that country needed to attract people who were smart. and were better than you."

Amazon founder also said that he would have been a software engineer, had Amazon not happened to him.

Diesel at doorstep! This app set to make your life easier, supply fuel at home