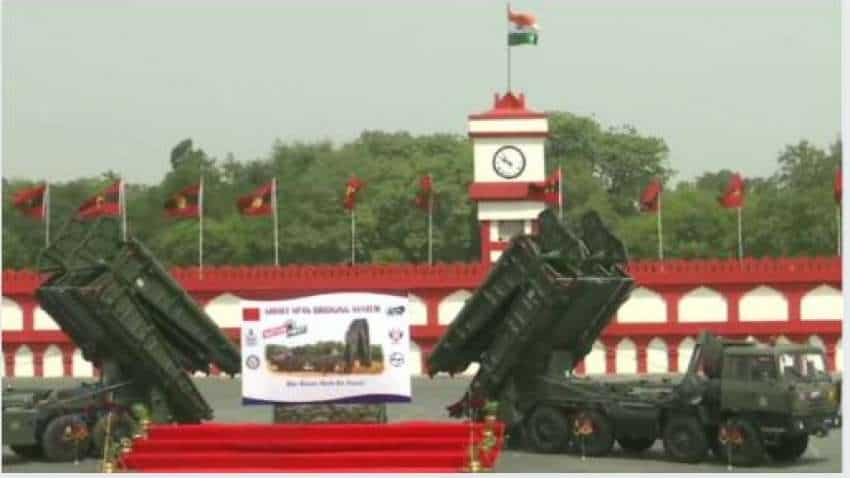 Giving a boost to Prime Minister Narendra Modi's ambitious 'Make in India' and 'Atmanirbhar Bharat campaigns', the Indian Army on Friday inducted 12 indigenously designed and developed Short Span Bridging systems in the Army. The advanced bridging systems have been designed by Defence Research and Development Organisation (DRDO) and manufactured by Larsen & Toubro (L&T).

Delhi: Indian Army inducts the 1st batch of 12 indigenously designed & developed Short Span Bridging systems into the Corps of Engineers. The system has been designed by DRDO & manufactured by L&T.

Army Chief General MM Naravane, who was also present during the induction ceremony of short span bridge into Army, said, " This short span bridge is fully Made in India. Its production has been done by L&T & designed by DRDO. This is another step towards Aatmanirbhar Bharat. This bridge will boost the ability of the Army."

It's a huge jump for our ops. It gives us flexibility of bridging gaps of varying width. Earlier we were fixed with gaps & had to do lot of preparations if it wasn't exactly matching gaps: Lt Gen Harpal Singh, Engineer-in-Chief of Army on induction of Short Span Bridging system pic.twitter.com/qsPXcoOurm

Thanking L&T for coming out with these bridging systems in a short span of time, DRDO Chief Dr G Satheesh Reddy said it was developed by DRDO, while the Technoloy transfer was given by Bharat Electronics.  "We had developed this system. Trials are underway at Kolar. Bharat Electronics has been given the technology transfer. Discussions are underway regarding further inputs from armed forces. Many pvt companies have also come, they're also being given technology transfer," said Dr G Satheesh Reddy.

He told the news agency that by the end of August, they will be able to deliver about 30 bridges.

Agni P is a new generation advanced variant of Agni class of missiles. It is a canisterised missile with range capability between 1,000 and 2,000 kms.