The registration for the Amarnath yatra through both Baltal and Chandanwari routes started from March 1. 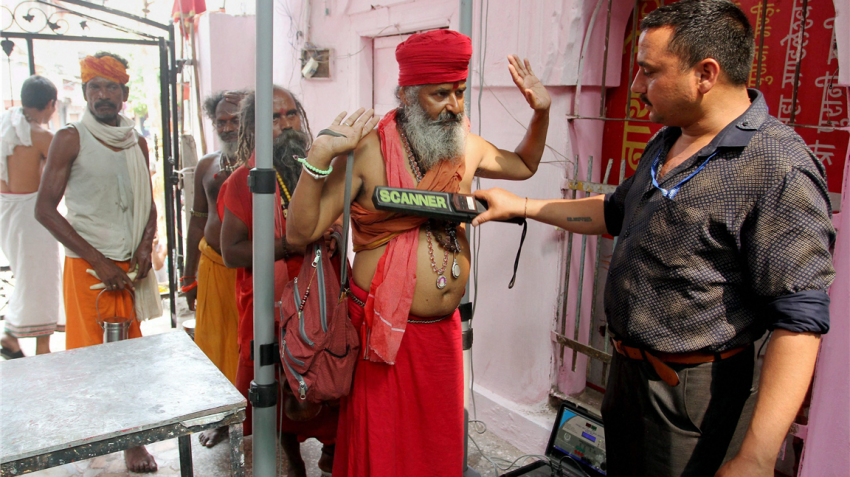 Sadhus undergo security check before getting themselves registered for the annual Amarnath Yatra at Ram Mandir base camp in Jammu on Monday. Photo: PTI
Written By: ZeeBiz WebTeam
RELATED NEWS

With just two days left for holy cave shrine of Amarnath in south of Kashmir to open for pilgrims for 40 days, the security forces have formulated strategies to ensure accident-free yatra for visitors.

Also, the Shri Amarnathji Shrine Board (SASB) has announced expansion of group insurance cover amount for the visitors from existing Rs 1 lakh to Rs 3 lakh, a report said.

According to a report from PTI, SASB Chairaman and Jammu & Kashmir Governor NN Vohra, has interacted with 'ponywalas' and 'pithoowalas' during a visit to various camps en route the holy cave shrine. While interacting with them, Vohra announced the enhanced group insurance.

Moreover, earlier a report by The Times of India dated June 7 had mentioned that nearly two lakh pilgrims have so far secured advance registration.

The registration for the Amarnath yatra through both Baltal and Chandanwari routes had begin from March 1. The registration was to be done through over 400 designated branches of Punjab National Bank, Jammu and Kashmir Bank and YES Bank located in various States of the country.

As per the report, per passenger one way heli-fare for Neelgrath-Panjtarni is Rs 1,715 and Rs 2,950 for Pahalgam- Panjtarni.

Planning to book your tickets?

As the 40-days holy yatra opens only once in a year, it is an opportunity for travel companies to earn money.

The company's three nights and four days package starts from Rs 23,000 (triple) and Rs 26,000 (in case of double). The journey will begin from Srinagar and include Sonamarg valley as an additional place of visit.

The list of what tour price includes is here: 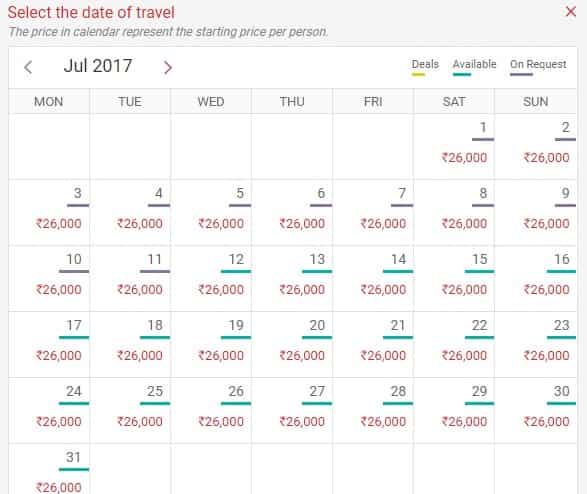 The company is offering three nights and four days package starting from Rs 23,999 per person on twin sharing basis. In case of triple sharing the package will cost Rs 22,999 and on single occupancy, the package is of Rs 32,999.

Journey beginning from Delhi, you can book the tickets for July 5-August 5.

The company is offering both helicopter and Road option to pilgrims. The helicopter package, which is of two nights starts from Rs 16,100 per person. 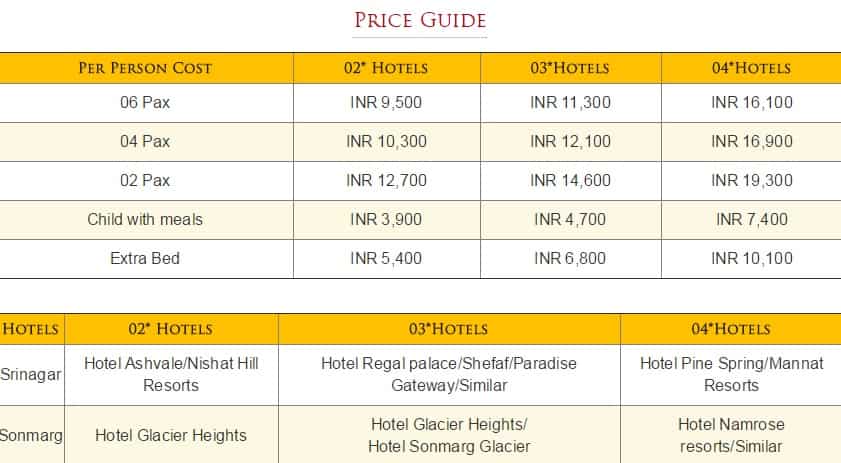 The company too offers packages for both helicopter and by road options. Depending on the number of days you are will to spend, the helicopter package starts from Rs 16,499 per person for two nights and three days.

As only limited seats are available, do book your package now!