Tata Motors will be delivering its premium hatch, the Altroz, to thank and recognise these homegrown players for their sheer hard work and dedication. 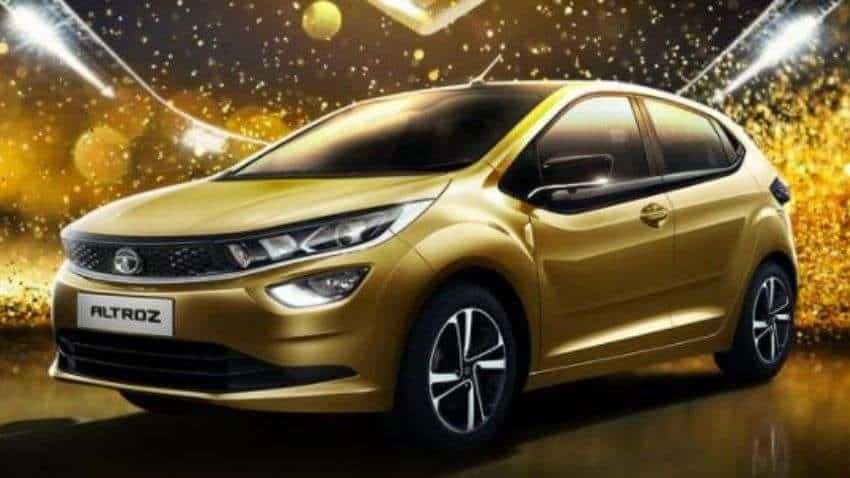 "...You strived for the Gold standard and thus deserve #The Gold Standard Altroz,” the tweet reads.
Reported By: ZeeBiz WebTeam
Edited By: Prashant Singh

Tata Motors has announced that the company will be felicitating Indian athletes, who narrowly missed the bronze medal in the recently held Tokyo Olympics. These players represented India in the Olympics and have set the Gold standard and inspired several other aspiring, young sportspersons in India to follow in their path.

To thank and recognise these homegrown players for their sheer hard work and dedication, Tata Motors will be delivering its most premium hatch, the Altroz, in the High Street Gold colour, to these players soon, the company informed. Tata Motors has also shared this information on Twitter. “Your performance went beyond medals! You strived for the Gold standard and thus deserve #The Gold Standard Altroz,” the tweet reads.

According to Shailesh Chandra, President, Passenger Vehicle Business, Tata Motors: "For India, this Olympics was about a lot more than medals and podium finishes. We are fortunate to celebrate the effort and spirit of our athletes representing our country, competing under the highest pressure against the absolute best talent the world has to offer and coming extremely close to a podium finish. They might have missed a medal, but they have won the hearts of millions of Indians, with their dedication and are a true inspiration for budding athletes in India.”

As a gesture of gratitude, Tata Motors is happy to deliver ALTROZ - #TheGoldStandard to all the Indian athletes who narrowly missed the bronze at #TokyoOlympics. They may not have claimed a medal, but won millions of hearts and inspired billions to set #TheGoldStandard. pic.twitter.com/SlZazXG6HK

“As the leading homegrown automotive brand, we truly understand the spirit of ‘Dare to Dream and Achieve’, as it is a culture that drives us in Tata Motors as well. The Tata Altroz has set new benchmarks in its segment by achieving the Gold standard in Safety, Design and Performance. It is our privilege to honour the spirit of these path breakers and present them a small token that signifies the Gold Standard, the Altroz," Chandra informed.