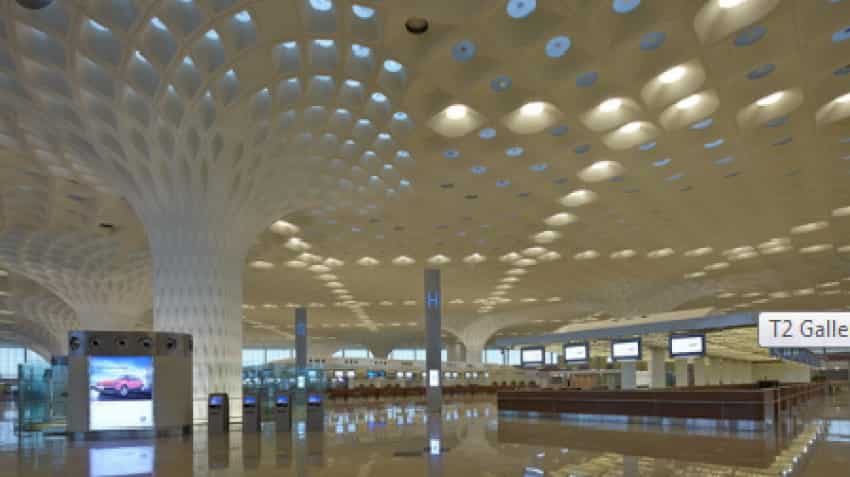 Employees working at the airports will have to furnish their Aadhaar number to obtain the mandatory AEPs used for entry and exist,it said. Representational image of Chhatrapati Shivaji International Airport in Mumbai. Image Source: Official Website
Written By: ZeeBiz WebTeam
RELATED NEWS

To strengthen security at airports, the Central Industrial Security Force (CISF) recently announced that all employees working at these facilities across India will have to produce their Aadhaar-based identity (ID) cards from January next year, PTI reported on Wednesday.

Employees working at the airports will have to furnish their Aadhaar number to obtain the mandatory Airport Entry Passes (AEPs) used for entry and exit, it said.

The Central Industrial Security Force (CISF), the mandated force for civil airports, will implement the measure from January 1 after the Bureau of Civil Aviation Security (BCAS) issued an order in this regard on its request, cited the PTI report.

"For the old existing passes, the validity has been extended till March 31," Singh added.

Singh said that the force had made a request in this regard to the BCAS, the agency that frames airport security rules, as it was witnessing instances of fake or tampered AEPs being used by people to enter these sensitive facilities.

A senior CISF official explained that at times when an employee working at the airports was found to be indulging in a criminal act and his Airport Entry Pass (AEP) was suspended or blacklisted, it was found that the individual got enrolled in a different company and again started entering the airport using a new AEP, cited the PTI report.

The existing system was not ensuring fool-proof identity (ID) authentication of employees working across various ranks at airports and hence using the Aadhaar number will allow that no duplicity or forging is done while getting an AEP, the official said.

The BCAS, in order to ensure that AEPs are not forged and tampered with, keeps changing the design and colour of the passes every year, but linking the creation of such an ID with the biometrics powered Aadhaar number will ensure a fool-proof security, the report said quoting the official, as saying.

The force has also sought creation of a AEP database so that red flags can be raised against defaulters or those who have been caught in wrongdoing, the official said.