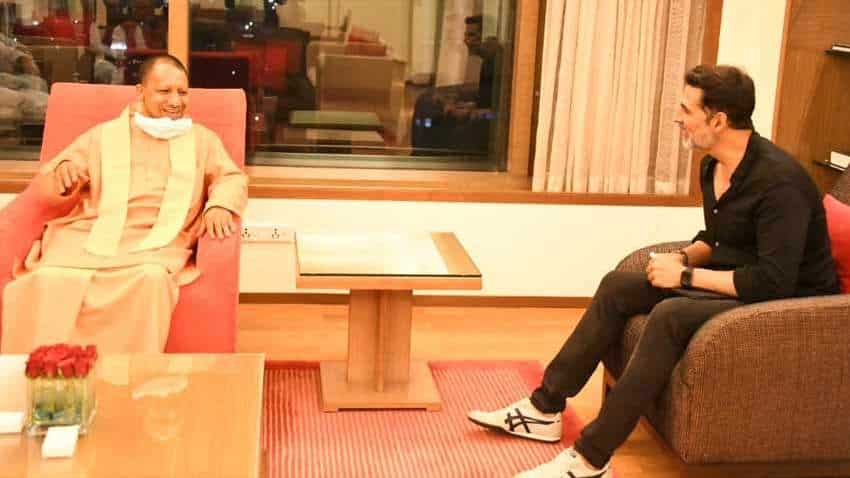 Actor Akshay Kumar met the Chief Minister for dinner at the Trident Hotel in Mumbai on Tuesday night, according to a government spokesman. ANI

Actor Akshay Kumar met the Chief Minister for dinner at the Trident Hotel in Mumbai on Tuesday night, according to a government spokesman.

The Chief Minister, who will be meeting a galaxy of film personalities in Mumbai on Wednesday, appreciated Akshay`s efforts in making films with a social message.

The actor also lauded the steps being taken by the Yogi Adityanath government to promote film making in Uttar Pradesh. He told the Chief Minister that he had shot a number of films in the state.

Adityanath also told the actor about the proposal to set up a film city in Uttar Pradesh.

In September, the Uttar Pradesh Chief Minister had unveiled an ambitious plan to set up a film city in Noida and rolled out an open offer to the film fraternity to come to the state for filmmaking.