Akshay Kumar just earned £100; just see what he did for it 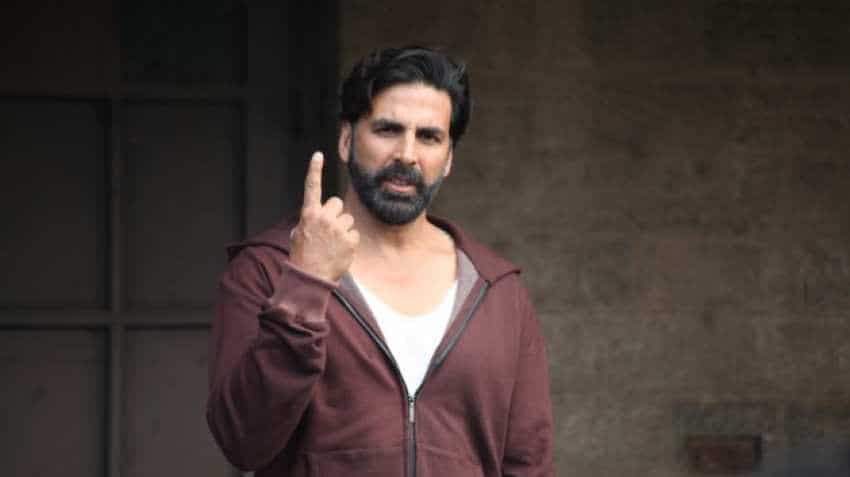 Akshay Kumar is one of the fittest and richest actors in Bollywood. He even performs his own stunts no matter how dangerous. The Kesari actor recently wooed the internet with his impressive martial art skills by completely nailing the trending Bottle Cap Challenge.

But the actor raised the bar when he took up a challenge to win 100 pounds. A measly amount, but it was not money what the whole thing was about. The Boss actor's wife Twinkle Khanna shared a video of him taking on the challenge, where Akshay Kumar can be seen hanging from a rod to make some quick money. Twinkle posted the video on her official Twitter account stating: Just hanging in there! Not happy with hitting the Forbes list- he wants to make a quick 100 pounds here as well :) #GoofingAround

The actor recently became the only Indian to secure a spot to feature in the Forbes list of World's Highest-Paid Celebrities of 2019. Akshay Kumar ranks 33rd in the coveted list while American singer-songwriter Taylor Swift garnered the top spot.

Meanwhile, in the work sphere, Akshay Kumar seems to have a tight schedule ahead. His next film Mission Mangal is set to release on August 15, based on the scientists of  Indian Space Research Organisation behind  India's first interplanetary mission, Mars Orbiter Mission. Directed by Jagan Shakti, the film will also star  Sonakshi Sinha, Vidya Balan, Taapsee Pannu, Sharman Joshi, Kirti Kulhari and Nithya Menen in prime roles.