AAI Chairman said, "The Cabinet had decided to privatise six airports. The privatisation of three airports out of the six has already been approved by the Cabinet." 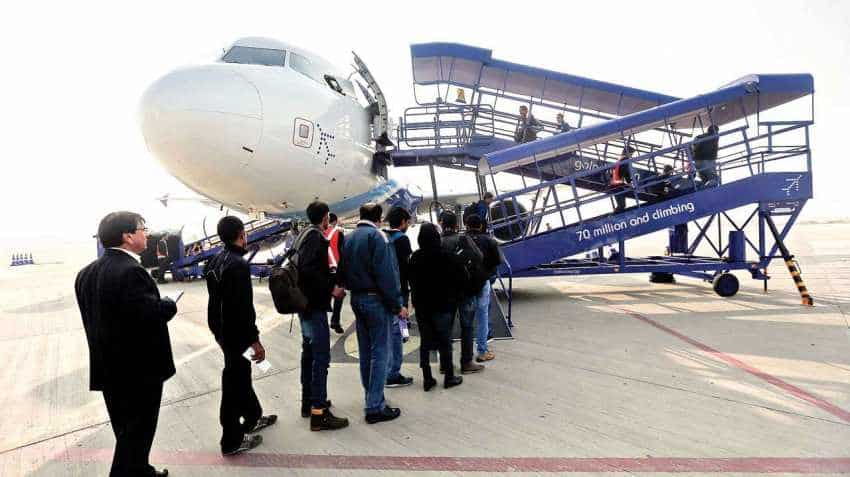 The government is planning to privatise around 20 to 25 airports having passenger traffic of 1 to 1.5 million annually, as it is hoping that foreign players will participate in the bidding process in the next round of privatisation, said Airports Authority of India (AAI) Chairman Guruprasad Mohapatra.

Speaking to mediapersons on Friday, Mohapatra said, "The government is planning privatisation of more airports. There are around 20 to 25 airports in the country that can be privatised in the coming days. These airports having an annual traffic volume of around 1 to 1.5 million could be privatised."

According to the AAI Chairman, "The Cabinet had decided to privatise six airports. The privatisation of three airports out of the six has already been approved by the Cabinet. Several more airports are on the list for divestment. Consultants have already been appointed."

Mohapatra, who in his last media interaction as AAI Chairman, said the Digi Yatra initiative aimed at promoting paperless and hassle-free air travel will start at four airports soon. Notably, he will assume his new responsibilities as Secretary of Department of Industry and Internal Trade from August 1.

Last year, the government had approved a proposal to leasing out of six airports -- Ahmedabad, Jaipur, Lucknow, Guwahati, Thiruvananthapuram and Mangaluru -- for operation, management and development under the Public Private Partnership (PPP).

Currently, the airports being managed under the PPP model include Delhi, Mumbai, Bangalore, Hyderabad and Cochin.

PPP in infrastructure projects brings efficiency in service delivery, expertise, enterprise and professionalism apart from harnessing the needed investments in the public sector, according to the industry estimates.