The proposal made by consultancy firm EY with regards to fair rate of return (FRoR) for airport lands has been rejected by the airport operators, who now want the government to accommodate their recommendations before coming out with a final order on it. 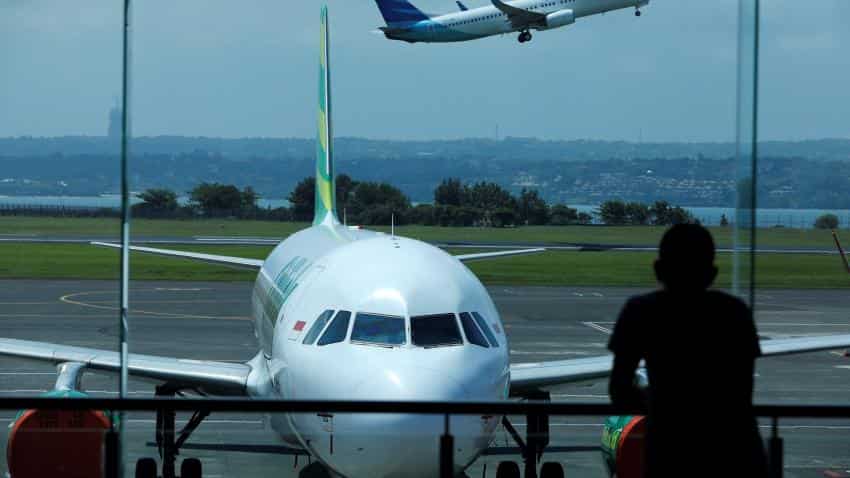 AERA had recently asked all the stakeholders to offer their comments on a study done in order to ascertain a FRoR for upcoming airport projects. image source: Reuters
Written By: ZeeBiz WebTeam
RELATED NEWS

The proposal made by consultancy firm EY with regards to fair rate of return (FRoR) for airport lands has been rejected by the airport operators, who now want the government to accommodate their recommendations before coming out with a final order on it.

The Airports Economic Regulatory Authority of India (AERA), which is a tariff regulator for aeronautical services charged by the airports, had recently asked all the stakeholders to offer their comments on a study done in order to ascertain a FRoR for upcoming airport projects. AERA had commissioned consultancy firm EY for conducting a comparative study of infrastructure projects in the country and outside and come out with a suitable formula. According to industry experts, the adaptation of the right model for getting a FRoR will go a long way in making airport projects viable for the operators without pinching the pockets of the fliers and cargos, as they are ultimately the ones to be affected.

The study has come out with two possibilities; the first is when a land is introduced against equity for airport development, it may be prudent to amortise the cost of land for a reasonable time period at a rate of 3% of the cost of land for the first 10 years. To account for the time value of money, index the rate of amortisation from 11th year onwards, until the historical land cost diminishes to zero and can be indexed at Consumer Price Index (CPI), a common indicator for inflation. In the second alternative, an independent assessment can be performed for select airports which will receive a FRoR on the cost of land based on criteria such as impact on tariffs, cost of land incurred, and passenger traffic forecast for the airport.

Reacting to the proposal, G Ravichandran, executive director (tariff), Airport Authority of India (AAI), said that in both the options, the cost of land is not fully recovered. “AERA may consider a moderated FRoR with reference to rate/bank rate or other rate considered relevant for this purpose,” said Ravichandran. Further, he added that land cost will not be considered as part of Regulatory Asset Base (RAB) but notionally reduced over a normative period of 30 years for the purpose of providing FRoR. AAI, which is mandated for operating most of the civil aviation airports in India, is among the largest owner of land in the country.

Bhaskar Anand Rao, CFO with Bangalore International Airport Ltd (BIAL), said AERA should revisit its stated position of keeping public interest in mind while calculating the return on the cost of land in order to keep the impact on tariff minimum. “The economic regulation should aim to strike a balance between public interest and interest of airport operator and other stake holders,” Rao said in his response.

As per BIAL, while consultation papers adequately capture the impact of the proposed alternatives on tariffs at the respective airports, it remains silent on its impact on the financial position of the airport operators. BIAL recommends that the appropriate solution would be to include the cost of aeronautical portion of airport land into the RAB of airport operator, thereby allowing a fair rate of return on the same. Further, the cost of airports, especially the land used for aeronautical purpose should be borne by the state governments, which stand to benefit the most from the ripple effects of the airport projects.

The GVK-promoted Mumbai International Airport Ltd (MIAL) has proposed that AERA should consider the cost of land and reduce the same with the amount amortised each year and consider allowing return by way of weighted average cost of capital (WACC) on the unamortized cost of land.

Amount to be amortized each year should be computed based on balance period of the concession agreement. MIAL also highlighted about the certain areas of airport land where no specific assets are created, for instance, unused areas between two or more taxiways. The airport operator recommended that such lands should be allocated to multiple assets built around such tract of land and allow recovery through amortisation of the cost coupled with the return on un-amortised cost or if it is not possible then such land development cost should be considered as part of RAB and be amortized over the lease period.

Similarly, Cochin International Airport Ltd (CIAL) said that there is no justification for exclusion of land from the entitlement of any forms of returns. The airport added that examples taken in the study are inappropriate for carrying out the comparison and instead airports from across the world which have price cap regulation with hybrid till should have been studied.