The Central Bureau of Investigation (CBI) and the ED are probing as to how Karti Chidambaram allegedly managed to get a clearance from the Foreign Investment Promotion Board (FIPB) in the Aircel-Maxis deal when his father P. Chidambaram was the Finance Minister in 2006. 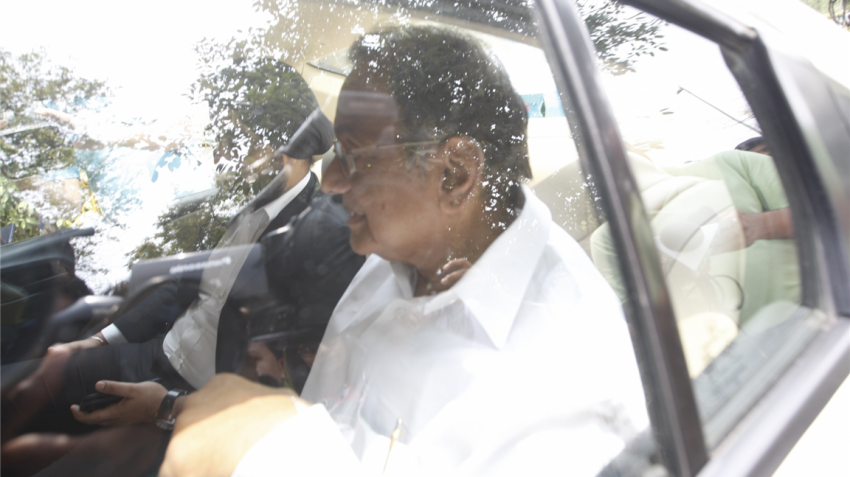 The Enforcement Directorate (ED) officials today questioned former Finance Minister P Chidambaram here in a probe related to the Aircel-Maxis deals. The questioning is part of ED investigation in a money laundering case registered in 2017 against Chidambaram`s son Karti Chidambaram in the case. Senior Congress leader for the first time joined the probe since the case was registered. Chidambaram reportedly appeared at the ED`s office around 11 am, and was accompanied by a lawyer.

Prior to that, a special court extended interim protection to the former Union Minister from arrest till July 10 in the Aircel-Maxis deal case. Special Judge OP Saini reportedly announced the order and directed him to join the investigation whenever required. The Enforcement Directorate (ED), however, sought more time to file response on Chidambaram`s anticipatory bail plea.

The Central Bureau of Investigation (CBI) and the ED are probing as to how Karti Chidambaram allegedly managed to get a clearance from the Foreign Investment Promotion Board (FIPB) in the Aircel-Maxis deal when his father P. Chidambaram was the Finance Minister in 2006.

The Aircel-Maxis case pertains to grant of Foreign Investment Promotion Board clearance to firm M/S Global Communication Holding Services Ltd in 2006 for investment in Aircel.

Earlier on March 12, the Supreme Court had directed the CBI and the ED to complete their probe into the 2G spectrum allocation cases, including the Aircel Maxis alleged money laundering case, in six months.

According to the ED, FIPB approval in the Aircel-Maxis FDI case was granted in March 2006 by Chidambaram even though he was competent to accord approval on project proposals only up to Rs 600 crore, and beyond that it required the approval of the Cabinet Committee on Economic Affairs (CCEA).

The ED is reportedly investigating "the circumstances of the FIPB approval granted (in 2006) by the then finance minister." "In the instant case, the approval for FDI of 800 million USD (over Rs 3,500 crore) was sought. Hence, the CCEA was competent to grant the approval." "However, the approval was not obtained from the CCEA," the ED had reportedly alleged.

The ED probe has reportedly revealed that the case of the said FDI was "wrongly projected as an investment of Rs 180 crore so that it need not be sent to the CCEA to avoid a detailed scrutiny."

The ED is also probing the Aircel-Maxis deal under the PMLA after taking cognisance of a 2011 CBI FIR in the case.

In September 2017, the ED had attached Rs 1.16 crore worth of assets of Karti Chidambaram and a firm allegedly linked to him in connection with this case. Karti is facing probe for allegedly receiving kickbacks in lieu of the FIPB clearance.

(With inputs from Agencies)