According to a Right to Information (RTI) response by the Brihanmumbai Municipal Corporation (BMC), the civic body has received 215 complaints in 2017 related to pollution in the city. Out of the 215 complaints, more than 50  per cent  of the complaints were related to air pollution. 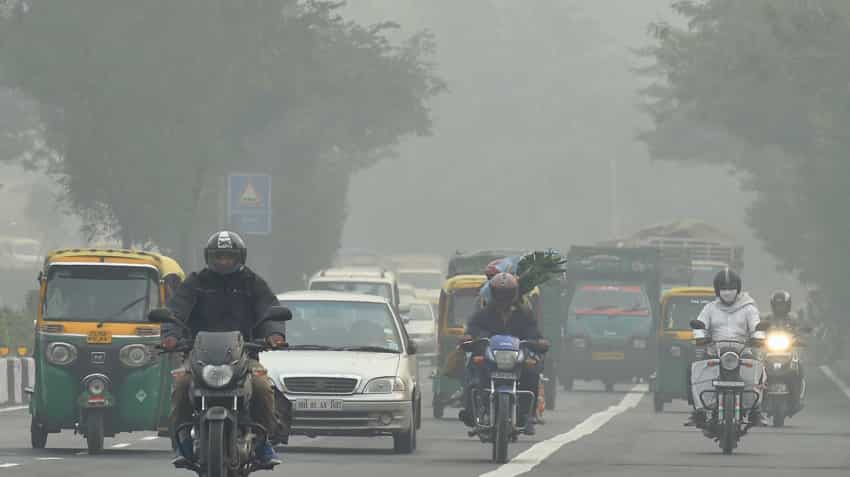 According to the doctors, control of air pollution means control of indoor and outdoor pollution. Image source: PTI

According to a Right to Information (RTI) response by the Brihanmumbai Municipal Corporation (BMC), the civic body has received 215 complaints in 2017 related to pollution in the city. Out of the 215 complaints, more than 50 per cent of the complaints were related to air pollution. Recently, in a World Health Organization (WHO) report, Mumbai was listed as the world’s fourth most polluted megacity.

The city doctors say that they have received an increase in a number of patients with respiratory issues. There is also an increase in cases related to lung diseases, asthma, and allergies owing to the increasing air pollution.

Dr Salil Bendre, Head of Department Pulmonary Medical, Nanavati Hospital, said, “Air pollution affects not only the lungs but also the entire body. Breathing difficulty, cough, headache, watery eyes, and exhaustion are some of the symptoms of air pollution. In Mumbai, the prevalence is 7-10 per cent of the lung diseases. Also, there has been a significant rise of Asthma cases in all age group.”

The RTI was filed by Praja Foundation. As per the information given by the civic body, despite 2017 having a worse average Air Quality Index than 2016, ‘air pollution’ complaints to the BMC have remained steady from 2016 (153 complaints) to 2017 (149 complaints).

Dr Padmaja Keskar, BMC’s Executive Health Officer, said, “There is no huge rise in the number of cough cases due to air pollution.”

A research study by Mumbai doctors, which was published last year in the Journal of Association of Physicians of India, stated that the causes of air pollution vary.

Mumbai citizens ALERT! BMC door-to-door Covid-19 Vaccination drive is here - Know when it will start and HOW TO AVAIL this facility