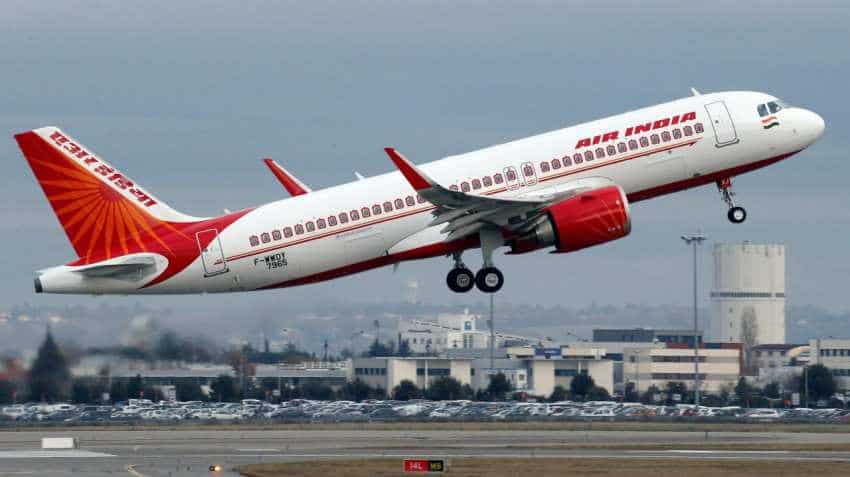 The district forum had rejected the couple's claim after which they approached the state commission. Image source: Reuters
Written By: PTI
RELATED NEWS

The apex consumer commission has directed national carrier Air India to pay Rs 2 lakh compensation to a couple for the delay in its scheduled service from Kolkata to Delhi, due to which they missed their flight to New York. The National Consumer Disputes Redressal Commission (NCDRC) directed the airlines to pay the amount, along with interest, to West Bengal-resident Banibrata Poddar and his wife for not accommodating them in an alternative flight from Kolkata to enable them to reach New Delhi in time to catch the connecting flight to New York.

According to his complaint, on January 10, 2014, the flight which he had booked from Kolkata, departed late by almost three hours and by the time it landed in New Delhi, his connecting flight from there had already left leaving him stranded in the capital for four days.

The commission's presiding member S M Kantikar and member Dinesh Singh said, "One, Air India did not run its concerned flight on schedule; two, did not put him in an earlier flight at Kolkata which could have enabled him to catch his connecting flight from New Delhi; three, did not facilitate or provide courtesy to enable his early departure from New Delhi to New York, when he had landed late in New Delhi only due to the airlines' flight from Kolkata to New Delhi running behind schedule."

He urged the airlines to accommodate him and his wife in another flight, which was scheduled to depart earlier than his flight. However, he was not accommodated and he was stranded in Delhi for four days, in which period also facilitation and courtesy by the airlines to enable him to board an earlier flight from here was not provided, the complaint said.

The district forum had rejected the couple's claim after which they approached the state commission.

The state commission had directed the airlines to pay Rs 2 lakh for the financial loss suffered by Poddar while "purchasing fresh air tickets, loss of mandays, extra fooding and lodging charges, besides the immense harassment, mental and physical stress and agony endured".