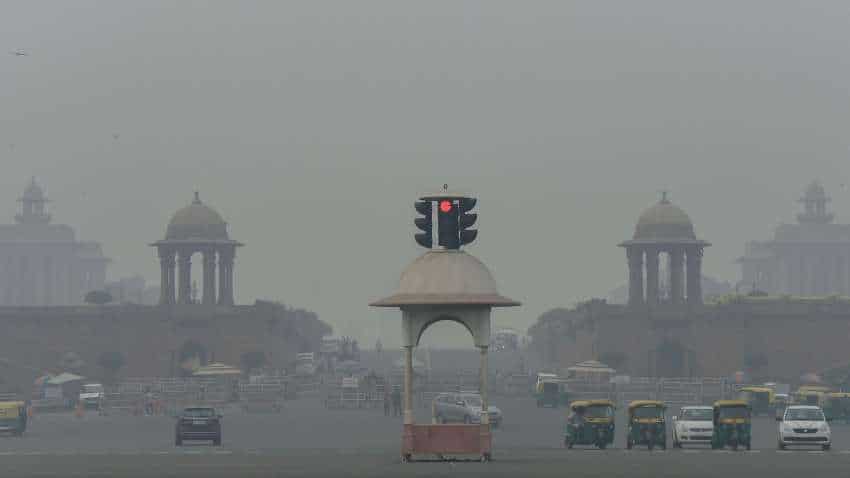 Centre in its affidavit filed before apex court has said that it will implement vehicle pooling instead of work from home for government employees as suggested by Supreme Court to bring down pollution. Source: PTI

In light of the exiting air pollution problem, Commission for Air Quality Management has undertaken 10 emergency measures for Delhi, Haryana, Uttar Pradesh and Punjab to bring down the levels of pollutants in the air in these states. Air Quality Index (AQI) determines the levels of pollutants or quality of air at a given place. The measures have been undertaken ahead of the Supreme Court hearing on the issue.

1)      The educational institutes will remain shut till further orders and only online classes are being allowed.

2)      At least 50 per cent employees have to work from home in the National Capital Region (NCR). Even private institutions will be encouraged to do it till 21 November.

3)      Trucks carrying non-essential items will not be allowed to enter NCR.

4)      Running of diesel generators will be prohibited in the Delhi-NCR region.

5)      All construction activities barring those related to railways, metro, airport or those concerning nation security will remain prohibited.

6)      Hefty penalty will be slapped on individuals, institutions putting construction-related material on roads.

7)      The commission has instructed authorities to deploy water sprinklers and anti-smog guns.

Meanwhile, the Centre in its affidavit filed before the apex court has said that it will implement vehicle pooling instead of work from home for government employees as suggested by the Supreme Court (SC) to bring down pollution.

The Haryana Government in its affidavit has said that it has passed orders for closure of private and public schools. It has also suggested work from home for government employees.

Two thermal power plants of 450 megawatt will remain shut in Panipat till 30 November.

The District Collectors (DC) of Gurugram, Faridabad, Jhajjar and Sonipat have been instructed to order work from home for employees.

It has also directed not to burn stubble.

Meanwhile, Punjab Government in its affidavit has alleged that the Central Government has not be cooperating with the state government. It has said that it had asked the Centre for Rs 100 compensation per quintal, which was no giving.

COVID-19 Latest News: Restrictions to be relaxed in Delhi if coronavirus cases fall in the next 2-3 days, says Health Minister - Know all recent updates