PM Modi said, “We must all work together and start to think like a nation” 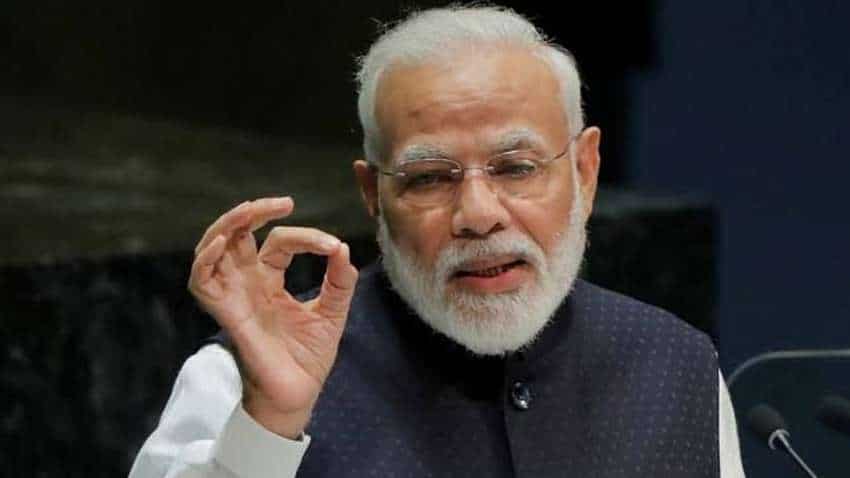 Ahead of Budget 2020, Prime Minister Narendra Modi on Thursday called for a focussed effort from all stakeholders in order to achieve the target of $5 trillion economy in India.
Written By: Prashant Singh
Edited By: Harish Dugh
RELATED NEWS

Ahead of Budget 2020 (#BUDGET2020ZEE), Prime Minister Narendra Modi on Thursday called for a focussed effort from all stakeholders in order to achieve the target of $5 trillion economy in India. PM Modi interacted with various senior Economists, Private Equity/Venture Capitalists, Business Leaders from  Manufacturing, Travel & Tourism, Apparel & FMCG, Analytics, subject experts in the fields of Agriculture, Science & Technology and Finance.

The meeting was held at NITI AAYOG in New Delhi on Thursday as part of the pre-budget exercise.

What all PM Modi said?

-The PM said that he was happy that the two hour open discussion has brought to forefront the experience of people on the ground and those working in their respective fields.

-He said that this would enhance the synergy between policy makers and various stakeholders.

-Prime Minister said that the idea of $5 tn economy is not a sudden development and that it is based on a deep understanding of the strengths of the country.

Prime Minister said that the sectors like Tourism, Urban Development, Infrastructure and Agri based Industry have a great potential to taking forward the economy and for employment generation.

-He said that open discussions and brainstorming in such forums lead to a healthy debate and understanding of the issues.

- Prime Minister said that this would also foster a positive mood and “can do” spirit in the society.

-Stating that India is land with unlimited possibilities he requested all stakeholders to do their bit to bridge the gap between reality and perception.

- He said, “We must all work together and start to think like a nation”

Who all attended the important meeting?