Agriculture in India is the largest job producer in India. Agriculture jobs are near 50 per cent of the net jobs getting created in India. 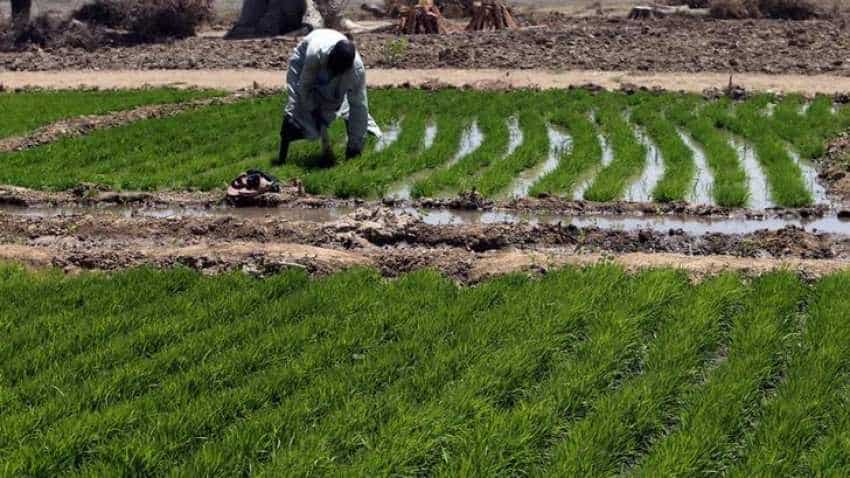 Farmer's income can grow if the 46 per cent food items price listed in CPI go up. But, it would lead to rise in inflation. Photo: Reuters
Written By: Asit Manohar
RELATED NEWS

Agriculture in India is the largest job producer in India. Agricultural jobs are nearly 50 per cent of the net jobs being created in the country. However, its contribution to the Indian Gross Domestic Product or GDP is just around 13 per cent. The reason for this is farmers' income. Centre has taken the decision to double farmer's income by 2022. A number of schemes are working towards that purpose and among them is the PM Kisan Samman Nidhi Yojana, giving 1.5 times of the input cost to the farmers, ensuring they get protection from the middlemen involved in the market. However, there are many things to do as far as the farmers' welfare is concerned.

On the MSP and the changes required, Krishn Veer Chaudhary, President, Bharat Krishak Samaj said, "While attending the Niti Aayog meeting on how to double farmer's income, I had recommended changing MSP into Compulsory Reserve Price with a clause to punishment and penalty and now it has been implemented in sugarcane. Hopefully, it would be implemented in other crops by replacing the MSP with Compulsory Reserve Price. To double the farmer's income, there is a need to add potato, tomato, onion and milk into the Compulsory Reserve Price list with same clause and the Niti Aayog is working on this demand of the farmers as well."

On what more can be done, Pushpendra Singh said, "The above doesn't include equipment cost, land cost etc. There are proposals to add these variables into the calculation of the actual input cost of the farmer. If that happens, farmers' income would automatically go up by near 30-40 per cent."

He said that around 46 per cent food items are included into the Consumer Price Index (CPI) and rest 54 per cent are non-food items. Food items comprise a farmers' income.

"Farmer's income can grow if the 46 per cent food-items price in CPI will go up. However, if it goes up, the inflation will also go up leading to a rise in interest rates. Once, the bank interest rates go up, the credit rating agencies will downgrade the Indian ratings. Hence, there is a need to find a solution to this agricultural eco-system," said Pushpendra Singh.

He said that this is the biggest challenge that the government is facing.

Zee Media, in association with Gulf Oil, has created a unique platform - ZEE Media UP Krishi Manch to bring together all stakeholders in the agriculture value chain to discuss and chart the way forward for this all-important sector of the economy. We are starting the initiative with Uttar Pradesh, a primarily agrarian state, with the launch of UP Krishi Manch in Lucknow.