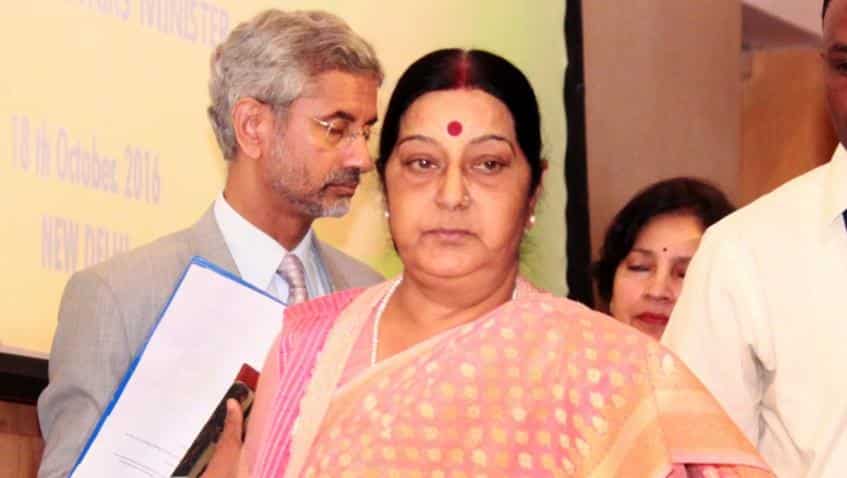 A spokesman for Amazon based at its headquarters in Seattle told The Washington Post that the doormat was no longer for sale on its website.

Taking strong exception to Amazon Canada selling doormats depicting Indian flag, External Affairs Minister Sushma Swaraj yesterday asked the e-retailer to withdraw the products and tender an unconditional apology, failing which no official of Amazon will be granted Indian visa and the ones issued earlier will also be rescinded.

The minister also asked the Indian Embassy to take up the matter with Amazon Canada.

In a series of tweets, Swaraj had expressed her anger at the sale of such an offensive doormat by Amazon, which is seeking a big presence in India.

"Indian High Commission in Canada : This is unacceptable. Please take this up with Amazon at the highest level.

"Amazon must tender unconditional apology. They must withdraw all products insulting our national flag immediately.

"If this is not done forthwith, we will not grant Indian Visa to any Amazon official. We will also rescind the Visas issued earlier," Swaraj said in her tweets after she received a complaint on Twitter.

Swaraj's tweets went viral and led to an outrage on the social media by Indians and people of Indian-origin.

Amazon Canada removed the offensive doormat from its website. However, it was selling similar doormats with US and British flags.