The expansion of the NCC was announced by Prime Minister Narendra Modi in his Independence Day speech on Saturday. 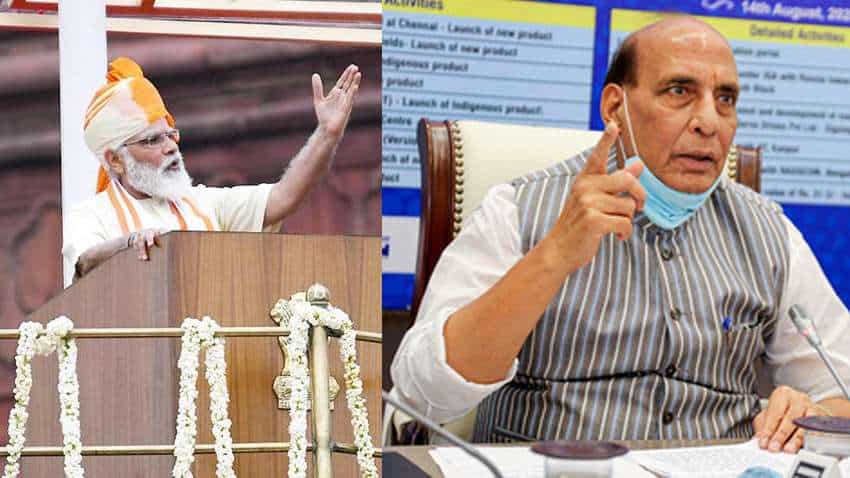 The NCC is a youth development movement managed by the armed forces. PTI and PIB pics.
Written By: Prashant Singh
RELATED NEWS

As the expansion of the NCC was announced by Prime Minister Narendra Modi in his Independence Day speech on Saturday, Defence Minister Rajnath Singh on Sunday approved the proposal to expand the National Cadet Corps (NCC) in 173 border and coastal districts from where one lakh new cadets will be inducted, an official statement said. He said the NCC will be expanded in border and coastal districts so that these areas "get trained manpower for disaster management, and the youth will also get skill training for making their career in the armed forces".

The defence ministry's statement said Singh has approved the NCC proposal "for a major expansion scheme". "More than 1,000 schools and colleges have been identified in border and coastal districts where NCC will be introduced," it said.

A total of one lakh cadets from 173 border and coastal districts will be inducted into the NCC, it said, adding that one-third of them will be girls.

- The NCC is a youth development movement managed by the armed forces. It also provides exposure to cadets in a wide range of activities, with a distinct emphasis on social services, discipline and adventure training.

- It is open to all regular students of schools and colleges on a voluntary basis.

The NCC expansion plan will be implemented in partnership with state governments, the ministry said.

Addressing the country from the ramparts of the Red Fort, Modi had said, "About 173 districts in our border areas, our coastal areas share their boundaries with some or the other nation's border or coastline. In the coming days, NCC would be extended in those border districts for the youth there." "We will train around one lakh new NCC cadets from bordering areas, and we will work towards the idea that amongst those, one-third of them are our daughters," he had said.