NHB scraps subvention: The directives of NHBs to the HFCs has sparked concern among the real estate developers as the move would further dry up their credit line sources. 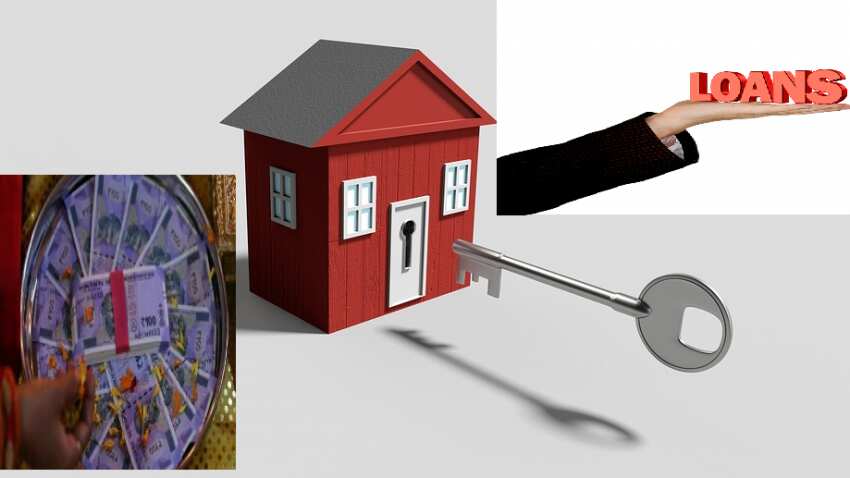 Scrapping the subventions schemes will be detrimental for the sector as a whole, says real estate industry insiders. Photo: Pixabay/Reuters
Written By: Asit Manohar
Edited By: Harish Dugh
RELATED NEWS

NHB scraps subvention: The directives of National Housing Banks (NHBs) to the Housing Finance Companies (HFCs) has sparked concern among the real estate developers as the NHB step would further dry up their credit line sources, say real estate experts. Notably, NHB has banned builders paying EMIs of borrowers. The industry insiders are of the opinion that in times of serious funding problems, the latest decision on subvention schemes might turn out to be the noose that will further strangle the sector. Real estate cannot afford to accommodate such steps taken by authorities. We will request them for a re-look and take an informed decision that can curtail frauds and not restrict funds for developers.

Speaking on the matter Rajesh Goyal, Vice-President, CREDAI — NCR chapter said, "Scrapping the subventions schemes will be detrimental for the sector as a whole. We understand that various steps are being taken to curb frauds, which were there in the real estate sector, but to control a minuscule problem such decision will adversely affect a large number of developers. I think alternative funding schemes are a must in the present situation where all other funding options have dried up. This situation is definitely not suitable as the sector is already burdened by increasing costs and numerous compliances."

Ramesh Nair, CEO & Country Head, JLL India said, "The National Housing Bank (NHB) has advised housing finance companies (HFCs) to desist from providing loans to finance subvention schemes offered by builders to sell homes, according to a circular issued by the Regulator. RBI had issued similar advice to scheduled commercial banks in 2013 against upfront disbursal of housing loans, but this caution was not taken up seriously at that time. As per estimates, the share of loans under the subvention scheme is nearly 30-35% of the total loans and has been driving the residential home sales until now. A large section of homebuyers have been attracted due to lower down payment under this scheme, but construction delays have led to buyers preferring near completion projects. But the caution and subsequent discontinuation of such schemes, if it happens, will have a modest impact due to the already evolving buyer behaviour. The step taken up by the NHB is, however, laudable. But the advisory’s impact will depend if NHB exercises its powers in this regards in coming days. As per the recent budget announcement the shifting of regulation of HFCs to RBI will lead to wait and watch attitude by HFCs until further clarification."

Uddhav Poddar, Director & CEO, Bhumika Group said, "The directive of NHB to HFCs will hit the real estate sector hard. At a time when the government has taken many initiatives that will streamline the real estate sector, such initiatives need to be backed by financial policies that will help in smooth functioning. Subvention schemes were helpful as it meant that buyers do not have to bear EMIs till possession and this helps in gaining the trust of buyers. Unfortunately, the decision will put a further restriction on the availability of funds for real estate, which already is going through a liquidity crisis. If lucrative offers that are aimed at sharing the burden of the buyers are not given in the current scenario the intention of providing houses to everyone will fail to materialise." Poddar said that authorities should take stock of the situation and take immediate action towards betterment of all the stakeholders involved in real estate. If HFCs stop paying towards subvention schemes then the buyer will find it difficult to fulfill the eligibility criteria of loan for under-construction projects.

Akshay Taneja, MD, TDI Infratech said, "Banks are not freely funding projects and then we have many NBFCs scrapping home loans. Subvention scheme decision has to be seen in the light of all these steps that are making it difficult for the developers to complete projects and the buyers to buy. In the coming festive season, this might affect the sales of projects, which in turn will derail the decisions taken to streamline the sector. Funding is the most important part and if any decision curtails that freedom the impact will be detrimental." Taneja was of the opinion that is definitely is another blow to the industry along with — increase of statutory compliances leading to increase in the cost of project & low confidence by banks and NBFCs leading to drying of funds in the industry.