After Amit Shah's speech in Rajya Sabha proposing to scrap Article 370 in J&K by tabling J&K Reorganisation Bill, Sensex and Nifty 50 responded positively even though it is under huge stress due Sino-US trade standoff. 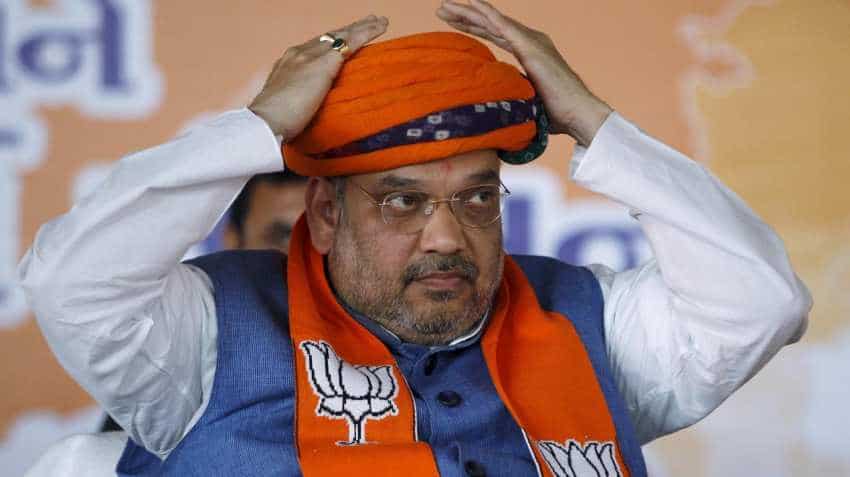 Amit Shah Jammu and Kashmir speech on scrapping Article 370: After Home Minister Amit Shah's speech in Rajya Sabha proposing to scrap Article 370 in J&K by tabling J&K Reorganisation Bill, Sensex and Nifty 50 responded positively even though it is under huge stress due to a 7 per cent decline in reference rate of Chinese currency Yuan and US President Donald Trump announcing to increase 10 per cent tariff on the Chinese imports. The BSE Sensex recovered around 200 points after losing around 675 points in the early morning trade session. The 50-stock Nifty index also recovered around 75 points after losing over 200 points in the early morning session.

Speaking on the J&K Reorganisation Bill in connection with Dalal Street recovery Prakash Pandey, Head of Research at Fairwealth Securities said, "The Narendra Modi government's move to scrap article 370 in J&K by proposing the J&K Reorganisation Bill has gone down well among the stock market investors and in coming three-four trade sessions, we can expect around 300-400 points recovery at Nifty. But, before making such recovery Nifty will first make a low and then start scaling as we witnessed post-Pulwama air strikes."

Pandey said that market has a cue that post-J&K Reorganisation Bill, the government expenditure in the state defense which is to the tune of around Rs 1 lakh crore would go down and hence the fiscal deficit is expected get under control. However, all depends upon the performance of the Chinese currency's performance in coming days as the Chinese market is a lead indicator for the emerging markets and current US-China standoff is affecting not just China but the entire emerging market including India.

Rajiv Singh, CEO at Karvy Stock Broking said, "The government has displayed strong political will and decisiveness to take difficult decisions, in order to fulfil one of its poll promises related to J&K. We hope that the government will display similar commitment while acting on the economy to improve both its short term as well as long term prospects. We expect that Government will take similar bold moves in case of addressing economic slowdown, recent taxation measures which have dampened sentiment and go ahead with difficult legislations on land reforms , labour reforms and privatisation of PSUs." He said that while the move on "one nation, one law" has a short term negative impact on the market, there are larger reasons for the decline today.  Asian markets have declined sharply in the morning, largely because of the Chinese currency depreciating past the important mark of 7 to the Dollar, S&P 500 futures imply a 1 per cent decline at the time of writing. However, we believe that the downside is now limited and the Nifty will stay in the range of 10,500 to 11,200 in the near term.