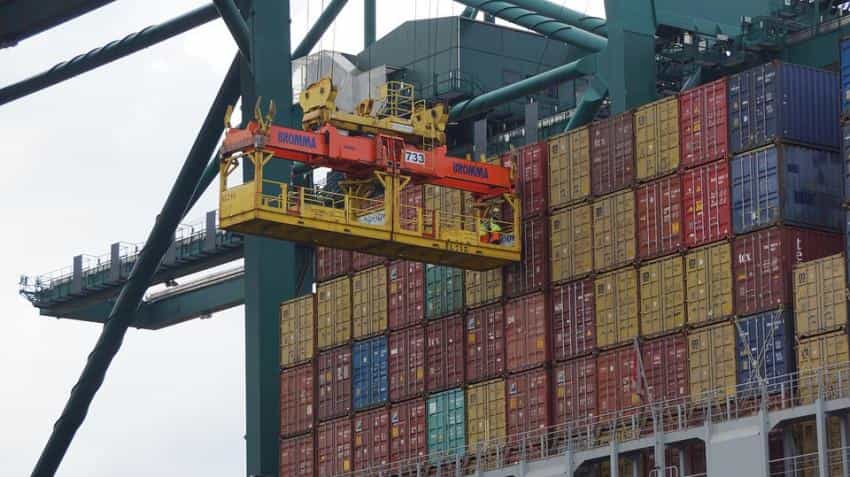 After a brief pause, exports rose 30.55 per cent to USD 26.19 billion in November on account of improved global demand, government incentives and simplification of GST refund process.

Exports had witnessed a decline of 1.12 per cent to USD 23 billion in October this year, retreating from a six-month high growth rate in September.

The data released by the commerce ministry also revealed that imports too grew 19.61 per cent to USD 40 billion in November from USD 33.46 billion in the same month last year.

On account of rise in imports, trade deficit increased marginally to USD 13.82 billion in November on Y-o-Y basis. However, the deficit -- gap between imports and exports -- narrowed on month-on-month basis.

The government has simplified the process for exporters to claim refunds under the Goods and Services Tax (GST). Input Tax Credit (ITC) and Integrated-GST refunds for exporters are being expedited for quick unlocking of their capital.

Earlier this month, the government had announced Rs 8,450 crore incentives for exporters in sectors like leather and agriculture.

Commenting on the trade numbers, exporters' body Fieo said the positive growth in exports have been witnessed by China, South Korea, Taiwan, and Singapore, among others, reflecting recovery in global demand, though India has "emerged as a top performer".

Twenty-four out of 30 major product groups were in the positive territory.

However, the major growth contributors were engineering, petroleum products, gems and jewellery, organic and inorganic chemicals, marine items and pharmaceutical, the data revealed.

Engineering goods exporters body EEPC India said the "stellar performance" of exports comes on the back of smart recovery in the US economy along with several other key European nations.

In November, gems and jewellery, drugs and pharmaceuticals, organic and inorganic chemicals and engineering exports grew by 32.69 per cent, 13.39 per cent, 54.28 per cent and 43.76 per cent, respectively.