This National Common Mobility Card (NCMC) enables seamless travel by metro rails and other transport systems across the country, besides retail shopping and purchases, according to the official statement. 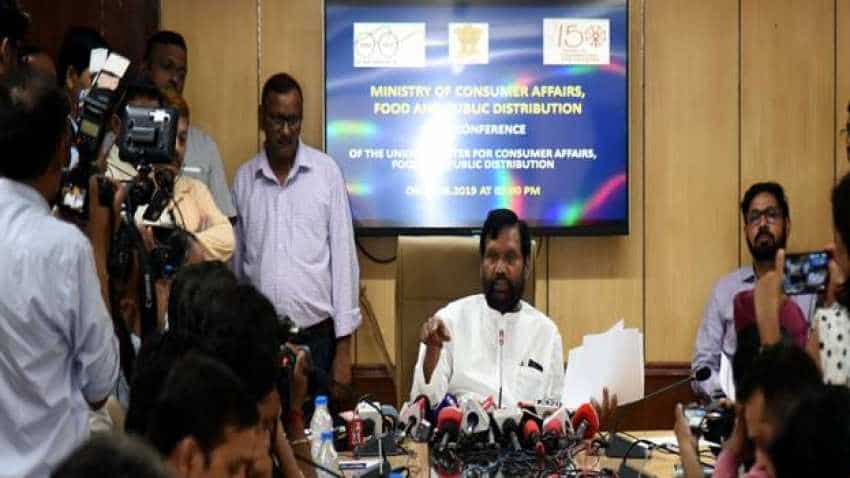 Union Minister Ram Vilas Paswan today launched the One nation one ration card scheme in two cluster states of Andhra Pradesh-Telangana and Maharashtra-Gujarat on a pilot project basis. This means anyone from Andhra can buy subsidised foodgrains from anywhere in Telangana and vice-versa, and similarly both Maharashtra and Gujarat people can get benefit from this government scheme.

Earlier on 4th March, 2019, Prime Minister Narendra Modi had launched the 'One Nation One Card' at Ahmedabad. This National Common Mobility Card (NCMC) enables seamless travel by metro rails and other transport systems across the country, besides retail shopping and purchases, according to the official statement.

The NCMC programme, as envisaged by Ministry of Housing and Urban Affairs, offers offline transactions independent of network connectivity by utilizing the existing infrastructure with banks, and this card can also be used for all payment applications (low value - offline/high value - online) including transit, retail, toll, parking and smart cities. The stored value of the card offers the offline transaction proposition across all low value segments.

Notably, the government targets to cover the entire country by One Nation One Ration Scheme by June 2020. In her maiden Budget speech, Finance Minister Nirmala Sitharaman has hailed the benefits provided by the National Common Mobility Card (NCMC), launched by the Prime Minister in March this year.

"The NCMC standard developed is an inter-operable transport card that allows holders to pay for their bus travel, toll taxes, parking charges, retail shopping and withdraw cash," she finance said, while dubbing the system as 'One Nation One Card'.

The indigenously-developed card runs on Rupay, and is issued by banks on debit/credit/pre-paid card basis. Here are the key points about 'One Nation One Card':

1. The card is similar to any RuPay debit/credit card, which will be available with more than 25 banks, including the State Bank of India (SBI).
2. The card can be issued in the form of debit, credit or prepaid card of a partner bank, and can be used for paying at toll plazas and for parking.

3. The card can also be used for making payments across all segments including metro, bus, suburban railways, smart city and retail shopping.
5. A cardholder can avail 5 per cent cash back at ATMs and 10 per cent cash back at merchant outlets while travelling abroad.
6. The card offers cashback on bill payments and more than thousand other offers.