The Delhi Police has named actor Deep Sidhu and gangster-turned-social activist Lakha Sidhana in an FIR in connection with Red Fort incidents, officials said on Wednesday. 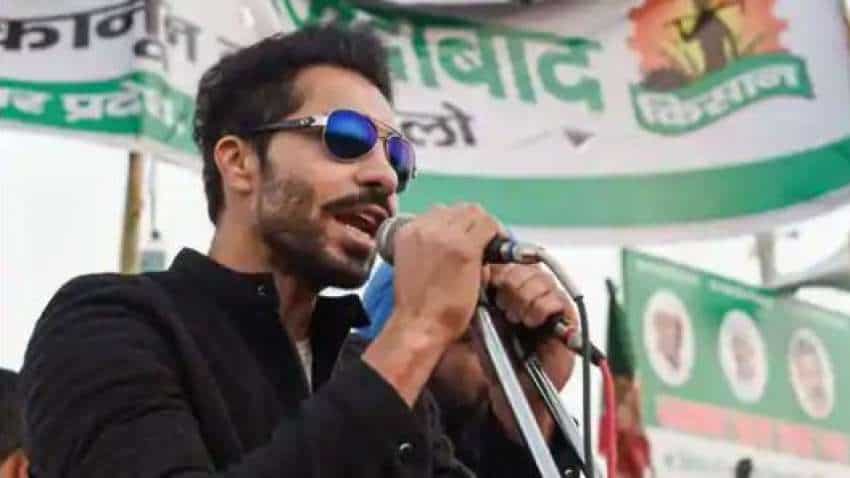 Provisions of the Ancient Monuments and Archaeological Sites and Remains Act and the Arms Act have been added in the FIR. Source: PTI

The Delhi Police has registered the case at Kotwali police station of North district under relevant sections of the Indian Penal Code (IPC), the Prevention of Damage to Public Property Act and other legislations, they said.

Provisions of the Ancient Monuments and Archaeological Sites and Remains Act and the Arms Act have been added in the FIR.

The Red Fort will remain closed for visitors from January 27 to January 31, according to an order issued by the Archaeological Survey of India (ASI).

While the order does not mention the reason behind the closure, it refers to earlier orders of January 6 and January 18 whereby the iconic monument was closed from January 19 to January 22 due to a bird flu alert.

Thousands of protesting farmers who reached ITO from the Ghazipur border clashed with police. Many of them driving tractors reached the Red Fort and entered the monument.

They also hoisted flags on the domes and the flagstaff at the ramparts of the national monument at which national tricolour is unfurled by the prime minister on Independence Day.