Have PAN, but not Aadhaar; This is what you should do

Aadhaar pan link status: With the new rule in power, courtesy Supreme Court, one needs to remember government had extended the deadline to link Aadhaar up till March 2019. 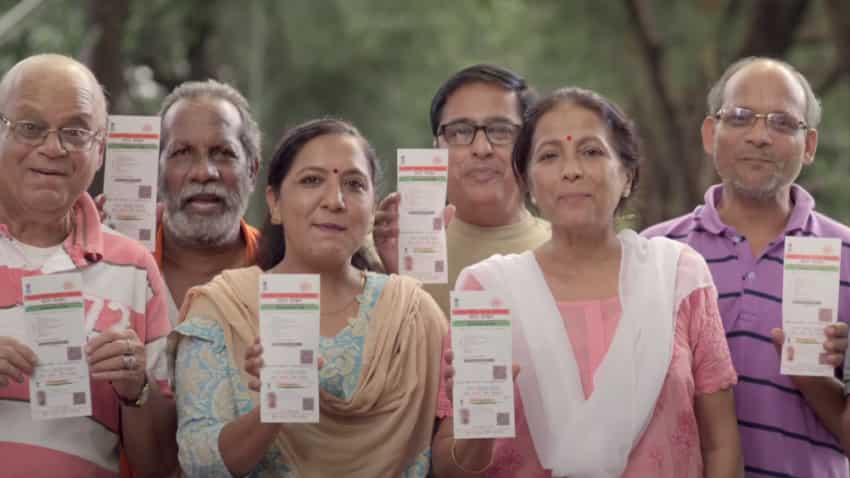 Aadhaar pan link status: Today, the NDA government got its way, as the Supreme Court announced a list of measures in regards to the Aadhaar card. This 12-digit biometric has been on government’s agenda for a long time in order to bring transparency and authenticity in the way citizens deal with the government and related entities. The apex court listed out a few rules as to where Aadhaar is needed and where it is not. In a major move, while SC removed a lot of requirements the common citizens were struggling under, it did order Aadhaar card linking with PAN (Permanent Account Number) for income tax returns filing and related purposes. Since last year, government has been pushing to link Aadhaar with PAN. The SC today stated that, Aadhaar scheme empowers people on the margins of society and gives them dignity, which far outweighs the harm.

With the new rule, one needs to remember government had extended the deadline to link Aadhaar up till March, 2019. This means, citizens only have 6 months to link their PAN with Aadhaar.

However, there are many cases where a lot of people are having PAN but not Aadhaar card. There are not much details mentioned to what happens to your PAN after the deadline for linking Aadhaar expires. Many reports have mentioned that your PAN will become invalid.  Hence some can expect their PAN to get invalid not soon but somehow in near term future it will do so.

There are about 1.2255 billion Aadhaar cards generated in India, as per UIDAI website.

Recently, the IT department revealed that during the quarter ended March 2018, they have issued as many as 1.96 crore new PAN cards - which takes the overall issuance up till 37.9 crore. In this total, 97.46% of the PAN is allotted to individuals, while 1.08% to firms and 0.51% to Hindu Undivided Family.

On an average, the department receives about 15-25 lakh PAN applications per week. While the new PAN applications will have to mandatorily provide in Aadhaar details. However, there are citizens having PAN for long time and do not have Aadhaar card.

Therefore, for the citizens who have PAN and not Aadhaar, they must apply first to get 12-digit biometric. Here’s how you can do it.

While applying for Aadhaar, first thing you should keep in mind is to have all necessary documents needed for applying.

Step 2 - Then fill the enrolment form which include details like name, gender, address, age, email ID and mobile number.

Step 3 - After filling the enrolment form, you will have to submit with documents supporting proof of identity and address.

Step 4 - Once all forms are accepted, then you will have to submit your biometric which involves fingerprint and iris scan.

Step 5 - The centre will take your photograph for Aadhar.

Step 6 - Then you will be given with an acknowledgement slip containing the 14-digit enrolment number. This slip helps you in checking the status of your Aadhaar.

Remember to keep your acknowledgment slip safely till you get your actual Aadhaar card.

Generally, it takes about 90 days which is 3 months for a Aadhaar card to get delivered at your place. However, in case of emergency like linking PAN with Aadhaar, a citizen can download a copy of the Aadhaar card which is also known as E-Aadhaar.

2 Fill in the form with using the 14 digit enrolment number or the Aadhaar number.

If you have the enrolment number:

After all the details mentioned, you will receive an OTP (One Time Password) which will help in downloading a coloured version of the Aadhaar letter which is as valid as the Aadhaar card itself.