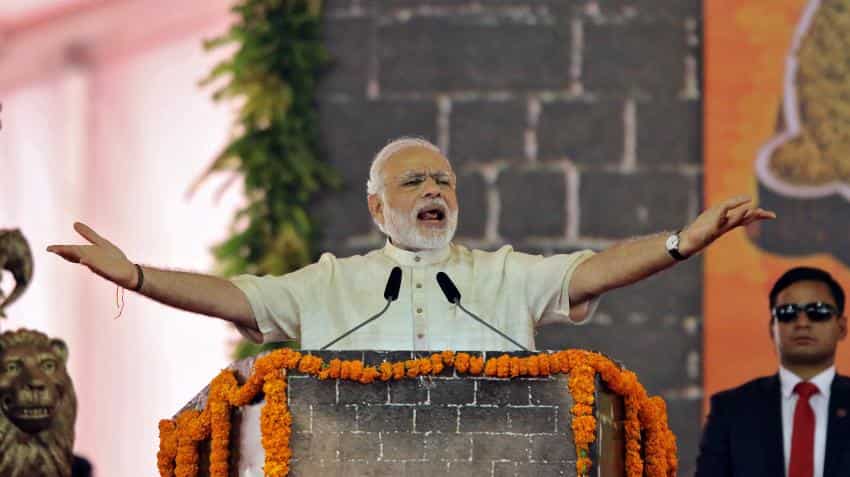 The Ministry said that those who still don’t have Aadhaar cards will require to make an application for the same by June 30, 2017. Image Source: Reuters

The Government of India on Thursday announced that people who have ration cards under the National Food Security Act need to undergo Aadhaar authentication process to receive further subsidies.

This notification comes into effect from today.

It further entailed that this condition will also be applicable for all the new beneficiaries and in all States and Union Territories except the States of Assam, Meghalaya and Jammu and Kashmir.

The Ministry said that those who still don’t have Aadhaar cards will require to make an application for the same by June 30, 2017.

Till the time Aadhaar cards are not assigned to the beneficiaries of subsidises under NFSA, government said, “the entitlements shall be given to such individuals on production of Ration Card and either Aadhaar Enrolment ID slip or copy of his/her request made to State government for Aadhaar Enrolment along with  any of the eight documents i.e. voter ID card, PAN card, passport, driving license, Certificate of Identity with a valid photo issued by Gazetted Officer/Tehsildar on official letter head, Address card having Name and Photo issued by Deptt of Posts,  Kisan Photo Passbook and any other document as specified by State/UT Govts. Beneficiaries can make their request for Aadhaar enrolment by giving their name, address, mobile number with Ration Card number and other details with their fair price shop owners or through the web portal provided for the purpose by State /UT Governments.”

“The use of Aadhaar as identity document for delivery of services or benefits or subsidies simplifies the Government delivery processes, brings in transparency and efficiency, and enables beneficiaries to get their entitlements directly in a convenient and seamless manner and Aadhaar obviates the need for producing multiple documents to prove one’s identity,” the government said.

Further the Ministry added, “Aadhaar Act interalia provides that the Central/State Govt while making expenditure from consolidated fund of India for any subsidy, may require such individual to furnish proof of possession of Aadhaar number or undergo authentication.”

Since, subsidized foodgrains under PDS and Cash Transfer of Food Subsidy under NFSA involved recurring expenditure from the Consolidated Fund of India, the Ministry Consumer Affairs, Food and Public Distribution has issued this notification.

"The State/UT Government shall link the Aadhaar number of  the beneficiary with the Ration Card or with Bank Account for Cash Transfer of Food Subsidy within thirty days after receiving the same," the statement read.

"Provision has also been made that any member of eligible household listed in the Ration Card shall be entitled to receive the entire quantity of entitled subsidised food grains or Cash Transfer of Food Subsidy under NFSA, if any one member of the household in the Ration Card fulfils the identification conditions in case Aadhaar number is not yet assigned to all such members of the household," the government added.