Describing Aadhaar as a simple device for identification and authentication, Dwivedi said: "We can`t analyse the data. It can`t be surreptitiously obtained by any one. A lot of thought has gone into making the design and architecture of Aadhaar." 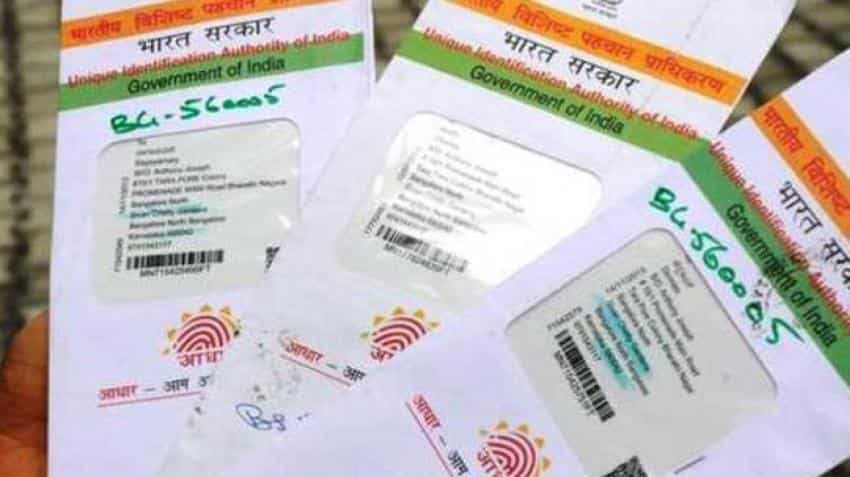 The Unique Identification Authority of India (UIDAI) on Tuesday told the Supreme Court that the collection of biometric and demographic information under Aadhaar was not an atomic bomb as it sought to dismiss the hyper phobia the unique identity card`s critics have created around it. "Collection of information under Aadhaar is not an atomic bomb. Please remove the fear and phobia created by the petitioners (opposing it). There is no question of leaking or sharing of information," the UIDAI told a five-judge constitution bench headed by Chief Justice Dipak Misra.

Justice Chandrachud said: "The apprehension of the sharing of data is not symptomatic but real. The data available can be used to influence elections. We have seen this in past experience. Whether democracy can survive where data is used to influence the electoral outcome..."

Having adverted to the apprehensions, Justice Chandrachud asked Dwivedi: "You must think of what are the nature of safeguards that can be introduced."

"We can`t have a blinkered view of reality" because of your limitations, Justice Chandrachud said, since "we are going to lay down a law that will affect future generations."

"How the requesting entities will use the data is a matter of concern," said Justice Chandrachud pointing out to data being used for election, an apparent reference to the leak of data of a social media site during the US Presidential election.

The court said this as Dwivedi said that they have some limitation of technological knowledge coupled with a little bit of exaggeration and lamented the "Hyperbole being created by the petitioner".

He said the information being collected under Aadhaar is not genetic information or genetic data but for simple identification and authentication.

Describing Aadhaar as a simple device for identification and authentication, Dwivedi said: "We can`t analyse the data. It can`t be surreptitiously obtained by any one. A lot of thought has gone into making the design and architecture of Aadhaar."

Telling the court that there are forces working against Aadhaar and that search engine Google and smart card companies do not want it, Dwivedi tried to make light of the plea for an interim order citing authentication failure in six crore cases.

"We welcome the test of fire. Unless we do it we can`t win the trust of the people," Dwivedi said pointing to challenges being thrown at the implementation of Aadhaar.

"What is the purpose of opening Aadhaar platform to private entities," Justice Chandrachud asked as Dwivedi told the bench that the entire funding of the project is from the consolidate fund of India.

Dwivedi said in all major fields like aviation, defence, infrastructure there was public-private partnership, assuring the court that all the private entities were under their control and are "bound by law".

The court was hearing a batch of petitions, including by former Karnataka High Court Judge K.S. Puttuswamy, Magsaysay awardee Shanta Sinha, feminist researcher Kalyani Sen Menon, social activists Aruna Roy, Nikhil De, Nachiket Udupa and others challenging the constitutional validity of the Aadhaar scheme on the touchstone of the fundamental right to privacy.

Dwivedi will continue his arguments on Wednesday.