Finance Minister Arun Jaitley today said that Rs 90,000 crore was saved in the last few years till March 2018 by the use of the Aadhaar. 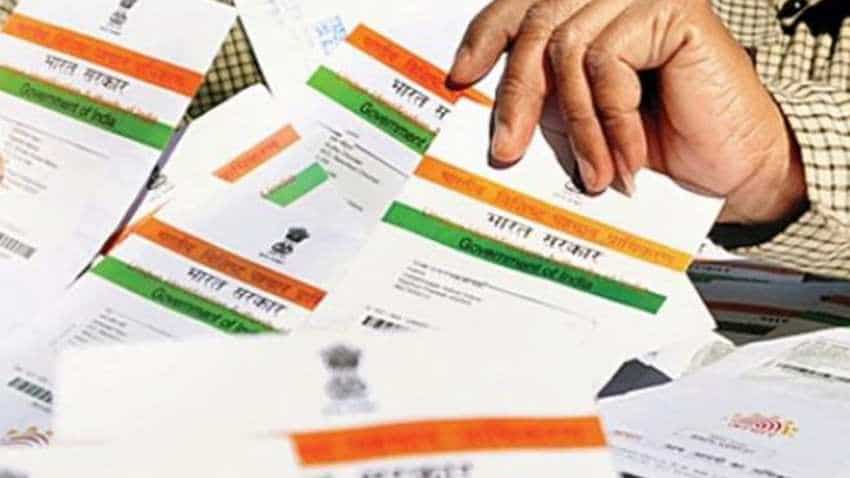 In recent years, Aadhaar has been in the middle of a controversy over the issue of privacy and security. However, PM Narendra Modi-led National Democratic Alliance (NDA) government has backed Aadhaar, believing it to be a game-changer. It seems the belief has paid off. Finance Minister Arun Jaitley today said that Rs 90,000 crore was saved in the last few years till March 2018 by the use of the Aadhaar.  Moreover,  several duplicate beneficiaries, non-existent beneficiaries and fake beneficiaries have been eliminated.

"The Government estimates that Rs. 90,000 crore have been saved in the last few years till March 2018 by the use of the Aadhaar. Several duplicate beneficiaries, non-existent beneficiaries and fake beneficiaries have been eliminated," Jaitley said,  "The Digital Dividend Report prepared by the World Bank estimates that India can save Rs. 77,000 crore every year by the use of Aadhaar. The savings through Aadhaar can fund three schemes of the size of Ayushman Bharat," he added.

The direct benefits are transferred to 63.52 crore bank accounts that had been linked with the unique identity as of December 15, 2018.  Giving credit to PM Modi for successful implementation of the unique identification number, Jaitley said the UPA government, because of its contradictions and indecision, remained half-hearted about Aadhaar.

Jaitley said that two individuals deserve special credit for the successful implementation of Aadhaar - Nandan Nilekani, who started it and Ajay Bhushan Pandey, who subsequently provided it with the direction and expansion. The Aadhaar (Targeted Delivery of Financial and other Subsidies, Benefits and Services) Bill, 2016, was passed by the Parliament on March 16, 2016, and it was notified on March 26, 2016.

"The Income Tax Department has already linked 21 crore PAN card holders with their Aadhaar numbers.   2579 crore authentications have been undertaken till date. Everyday 2.7 crore authentications are done. UIDAI has the capacity of 10 crore transactions to be authenticated per day," Jaitley said Jaitley said that in the last 28 months, more than 122 crore Aadhaar numbers have been issued and 99 percent of the adult population above the age of 18 stands covered.

Many state welfare schemes have been linked to Aadhaar and 22.80 crore of PAHAL and Ujjwala beneficiaries are given cooking gas subsidies through direct benefit transfer (DBT) in their Aadhaar-linked bank accounts.  Jaitley said that 58.24 crore ration card holders were linked to the Aadhaar and 10.33 crore MGNREGA cardholders get wage payment through DBT in their bank accounts. About 1.93 crore national social assistance programme beneficiaries also receive their benefits through DBT.