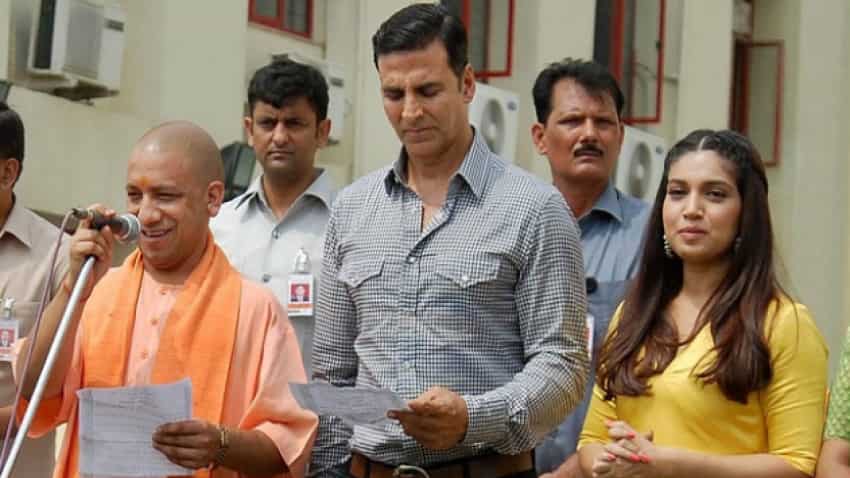 Lucknow Municipal Corporation bonds listing: As per media report, the UP government is aggressively pushing the plan about setting up the country’s biggest film industry in the state, which is in its initial stage. Source: PTI
Reported By: ZeeBiz WebTeam
Written By: ZeeBiz WebTeam
Edited By: Prashant Singh
RELATED NEWS

Lucknow Municipal Corporation bonds listing: Uttar Pradesh Chief Minister Yogi Adityanath will be holding a meeting with the bigwigs of Bollywood industry in Mumbai on Wednesday over his plan of developing biggest film city of the country in Greater Noida. Yogi Adityanath will be in Mumbai on December 2 to ring the bell at the Bombay Stock Exchange (BSE) during the listing of the Lucknow Municipal Corporation (LMC) bonds. The Chief Minister, during his Mumbai visit, will also interact with prominent industrialists and Bollywood celebrities and invite them to invest in Uttar Pradesh, news agency IANS has reported on Monday.

“The CM will be having one-on-one interactions with a few producers namely Boney Kapoor, Ramesh Sippy, Bhushan Kumar, Rajkumar Santoshi, Umesh Shukla, Madhur Bhandarkar, Tigmanshu Dhulia, and Manmohan Shetty among others,” said a report by india.com.

As per a report by Mid-Day, the UP government is aggressively pushing the plan about setting up the country’s biggest film industry in the state, which is in its initial stage. The state government now wants to take inputs from the producers who are looking forward to shoot heir projects in the state. The idea is to have the producers speak about their requirements and give suggestions about the film industry in the UP.

The daily quoted Navneet Sehgal, additional chief secretary (information), UP, as saying, “We want to convey that the filmmakers are welcome to shoot in UP. We want their suggestions on the facilities they want in the proposed film city. The project is in the planning and designing stage, so we need to know their requirements.”

It was in September this year that Yogi Adityanath had announced the project of making the biggest film city of the country in UP. He also had a discussion with a few filmmakers and other prominent faces from the film industry in UP a few weeks after his announcement. The CM will be arriving in Mumbai tomorrow.

The Rs 200 crore-bond issue was floated just before Diwali and was oversubscribed by 4.5 times to raise Rs 450 crore.

"The 10-year bond closed at a very attractive coupon rate of 8.5 per cent only because India Inc. has shown faith in the potentiality and prospects of Uttar Pradesh," told a senior official to IANS.