Concerned citizens, shareholders and a major union in the banking sector are of the view that the Reserve Bank of India (RBI) mooted amalgamation scheme for Lakshmi Vilas Bank (LVB) with DBS Bank India, a subsidiary of the DBS Bank, Singapore is fishy. 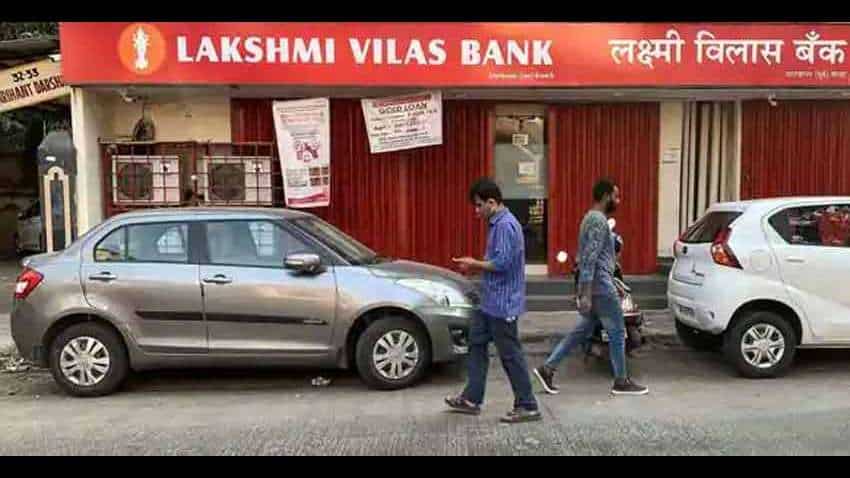 Meanwhile individual shareholders too have written to IANS against the amalgamation of Lakshmi Vilas Bank with DBS Bank India.
RELATED NEWS

Concerned citizens, shareholders and a major union in the banking sector are of the view that the Reserve Bank of India (RBI) mooted amalgamation scheme for Lakshmi Vilas Bank (LVB) with DBS Bank India, a subsidiary of the DBS Bank, Singapore is fishy.

Several individual shareholders have also written to IANS saying that RBI has let them down by giving LVB to DBS Bank India free.

"Everything pertaining to the RBI mooted LVB-DBS Bank India amalgamation scheme is fishy or even points to a scam. The surprise and sudden choice of DBS Bank India; the alacrity and the hush-hush manner in which the amalgamation scheme was drafted and the just three days time for shareholders (including about 1 lakh individual shareholders) and others to send in their comments, the absence of proper valuation and other things," C.H. Venkatachalam, General Secretary, All India Bank Employees` Association (AIBEA) told IANS.

"What is RBI`s interest in handing over LVB with a wide network of 563 branches and about 970 ATMs to DBS Bank India. What was the influence exercised and by whom," Venkatachalam wondered.

He also termed as farce, the three days time given by RBI to shareholders and others to send in their objections and suggestions about the draft amalgamation scheme.

On Tuesday, the RBI announced its decision to amalgamate the LVB with the DBS Bank India.

As per the draft amalgamation scheme, the RBI has said that on and from the appointed date, the entire amount of the paid-up share capital and reserves and surplus, including the balances in share/securities premium account of the transferor bank (LVB), shall stand written off.

On and from the appointed date, the transferor bank shall cease to exist by operation of the scheme, and its shares or debentures listed in any stock exchange shall stand delisted without any further action from the transferor bank, transferee bank (DBS Bank India) or order from any authority.

"The moot question is why not allow LVB to go in for liquidation allow and let Deposit Insurance Credit Guarantee Corporation (DICGC) step into provide liquidity support to meet the deposit withdrawals. Unless the pain is felt across all segments for the failure of the bank, such failures of banks are bound to recur," P.Ramanujam, a retired Deputy General Manager (DGM) of Dena Bank told IANS.

"The mere three days time given by RBI to send objections and suggestions seemed to me something fishy and forced me to pen down my suggestions and objections. In this deal, DBS Bank India stand to acquire LVB for a song," Ramanujam who is not a shareholder in LVB but as a concerned citizen has written to RBI.

According to him, RBI needs to keep an arm`s length distance and be a facilitator for the parties (Transferor and Transferee) to arrive at an amicable solution, without getting itself involved into it.

The other options would be similar to Yes Bank model (asking government bank to invest in LVB) or public-private-partnership model can be explored to maximize the value, instead of a totally selective approach to DBS, Ramanujam said.

In his objection to the LVB-DBS Bank India amalgamation Ramanujam has told RBI: "While the Draft Scheme of Amalgamation appear in title, the arrangement seem to be in the form of acquisition by the transferee bank from the transferor."

"While the Amalgamation require the approval of respective Boards, the acquisition do not require so. In the absence of actual provisions under which the proposed scheme is formulated is also not explicitly stated, leaving confusion on the applicability of respective clause under relevant statute i.e. Banking Regulation Act 1949, Sec 36AE. Power of Central Government to acquire undertakings of banking companies in certain cases or Sec 44A. Procedure for amalgamation of banking companies," Ramanujam said.

"In case of write-off of such huge advances, the logical actions on staff accountability and the responsibility of each and every official involved should have been examined. By transferring the bank to a subsidiary of a foreign entity will only subvert the entire process of accountability. It may be noted that many large value advances have been made by the Bank have slipped into NPA, which are approved by the higher officials including people at the board levels.

"Thus, the haste in amalgamation and write-off of debts without proper accountability will only facilitate a smooth escape route for those who put the bank in difficulty. This would include board Level responsibility as well," Ramanujam said.

Urging the RBI not go get involved in valuation of assets of LVB Ramanujam also said the draft amalgamation scheme classifies advances into two types-those considered good and readily realisable and those not readily realisable/bad or doubtful of recovery.

"Not readily realisable, bad, doubtful category are different categories and the realizable value needs to be ascertained. Else, a large NPA may be valued at lowest value, whereas it can be realised at any time subsequently. This will be a windfall gain to the transferee (DBS Bank), that too at the cost of LVB," he said.

According to Ramanujam, inspite of huge non-performing assets (NPA) for LVB, the CBIL report indicates, no suits have been filed for loan recovery.

He said LVB is facing an existential crisis and the secrecy clause for the banking industry will not apply now and it is a fit case to declare the details of NPA in public domain without which the recoverability of the loans cannot be understood.

"This leads to a moot question, who is being shielded? The RBI as per media reports also alleged LVB of serious governance issues and bad practices in the recent years, which has deteriorated the performance of the bank. So, why shield the defaulters and those involved in such lapses?" Ramanujam posed.

These NPAs may not be actual loss and may prove to be a gold mine at future-point-of-time, which will go to DBS Bank India at zero cost, he said.

"Segregation of NPAs for recovery will facilitate initiating criminal action against the defaulters and also those accountable for lapses and for failed governance issues. With its sale, such stern action will not be feasible and we would encourage defaulters to take advantage and those accountable to go free of their responsibility," he added.

Meanwhile individual shareholders too have written to IANS against the amalgamation of Lakshmi Vilas Bank with DBS Bank India.

"We the investors really feel betrayed by the RBI move of wiping out the shareholders money. Isn`t it our duty and responsibility to protect the 94-year bank with a great outreach?" Krithika Nagarajan said in a mail.

"We had faith that RBI will never let us down, even if there is trouble in the Bank. On the top of everything, the bank is a 94 year pride of India which cannot be let loose to an Foreign entity at the stake of shareholders. This is against our PM`s propaganda of Aatmanirbhar Bharath," said Jayanthi Nagarajan.