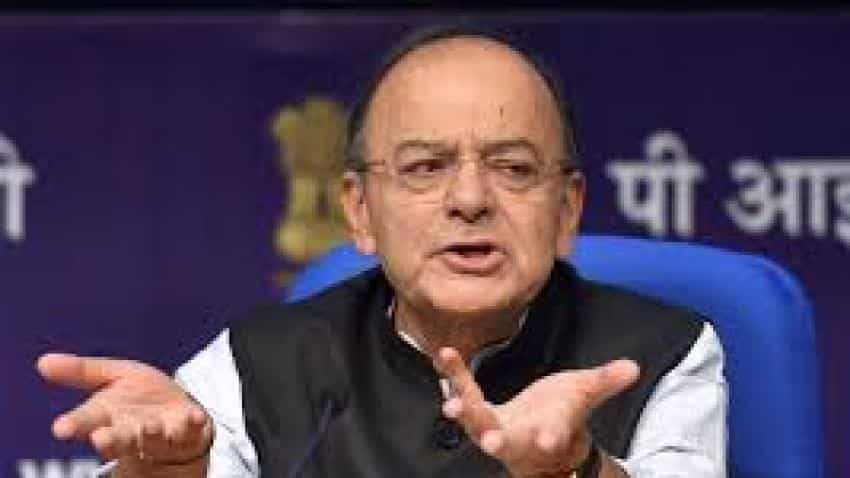 Industry body ASSOCHAM too has urged the government to reduce its stake in public sector banks to less than 50%. Image source: PTI
Written By: PTI
RELATED NEWS

Finance Minister Arun Jaitley today ruled out privatisation of public sector banks as a response to the Rs 11,400-crore fraud hitting Punjab National Bank, saying the move may not be politically acceptable.

Speaking at the Economic Times' Global Business Summit, he said a lot of people have started talking of privatisation in the aftermath of the PNB fraud.

"This (privatisation) involves a large political consensus. Also, that involves an amendment to the law (Banking Regulation Act). My impression is that Indian political opinion may not find favour with this idea itself. It's a very challenging decision," he said.

On Friday, FICCI president Rashesh Shah said that he met the finance minister and asked him to begin the process of bank privatisation in a phased manner, leaving just 2-3 lenders in the public sector.

The call for privatisation gathered currency after diamond jeweller Nirav Modi allegedly colluded with some officials of PNB to fraudulently obtain guarantees so as to avail of loans from Indian banks overseas.

Industry body Assocham has also urged the government to reduce its stake in public sector banks to less than 50 per cent so that they can work with the sense of accountability and with the interest of stakeholders and depositors on priority.

Some industrialists too have supported bank privatisation.

Adi Godrej of Godrej Group said the move would be good for the country as there are 'less or no' frauds at private banks. Bajaj Group head Rahul Bajaj too pitched for bank privatisation.