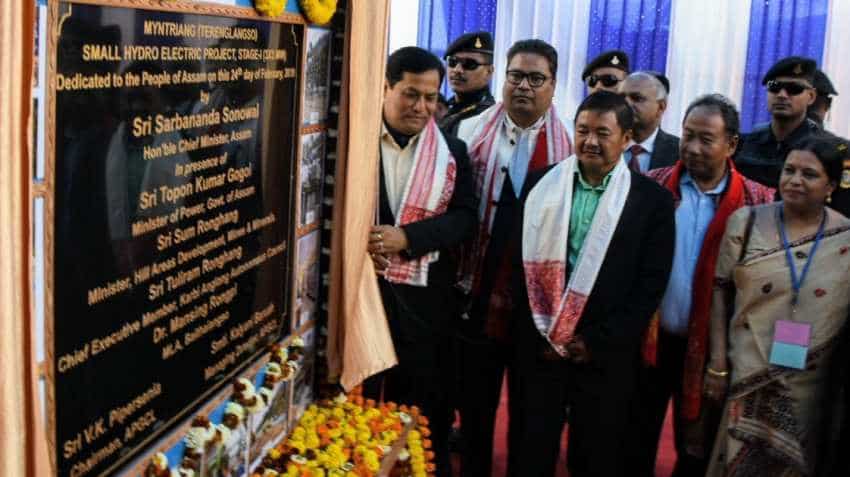 Assam Chief Minister Sarbananda Sonowal has dedicated the 9 MW Myntriang Small Hydro Electric Project, Stage 1, to the people at Boithalangsu in West Karbi Anglong district, officials said. The state government is exploring ways and means to build small hydroelectric power projects in the state, Sonowal said while speaking on the occasion on Sunday.

The Rs 145.95 crore Myntriang Small Hydro Electric project was financed by the Assam government, NABARD, Assam Infrastructure Financing Authority (IAIFA) and Assam Power Generation Corporation Ltd (APGCL), he said. He also said that his government is committed to reach the target of generating 6000 MW electricity in the state by 2030 and make the state a power surplus state.

The state government is working hard to provide electricity connection to each of the 68 lakh families in the state, Sonowal said, adding, guided by Prime Minister Narendra Modi's Sabka Sath Sabka Bikash his government is giving equal opportunity to all the 33 districts of the state. He also inaugurated the state-level Pradhan Mantri Kisan Sanman Nidhi (PM-Kisan) scheme at the same programme.

Under the scheme, the farmers would get Rs 6,000 in their bank accounts every year, he said, adding, under the Chief Minister Krishi Sa-Sajuli Yojana, the state government would give Rs 5,000 to the beneficiaries to buy farm tools.