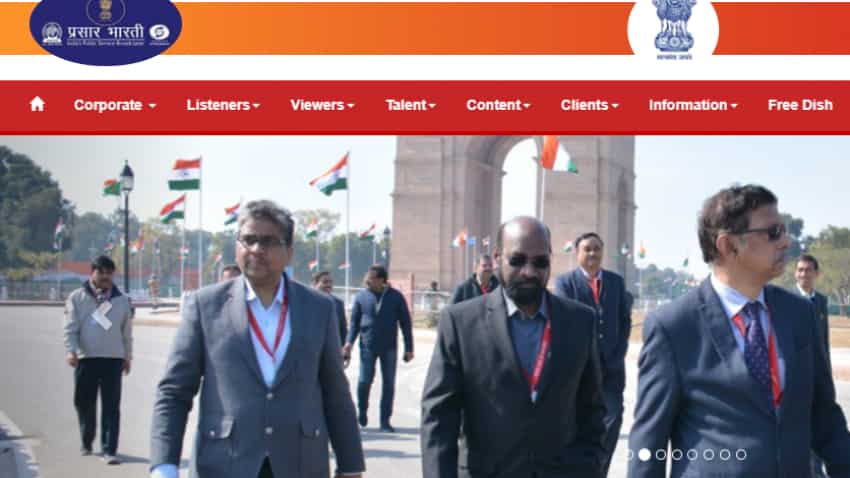 7th Pay Commission Latest News: State broadcaster has advertised a total of 16 sarkari jobs for the three posts; it reserves the right to alter the number of positions. Source: Website
Written By: ZeeBiz WebTeam
Edited By: Harish Dugh
RELATED NEWS

You can find the advertisement in the Employment News for 22-28 February 2020. You can also visit the website - www.prasarbharati.gov.in.

Interested candidates may send their resume within 21 days from the date of publication of the advertisement in the Employment News to -- Deputy Director (PBRB), 810A, Prasar Bharti Secretariat, Prasar Bharti House, Copernicus Marg, New Delhi.

While the total number of posts advertised by the Prasar Bharti is 16, the Indian Public Service Broadcaster reserves the right to alter the number of positions as per the requirements.

Pay as per the 7th Central Pay Commission (7th CPC)