The government had last month announced that it will pay its employees arrears arising out of implementation of the 7th Pay Commission award at one go in August salary. 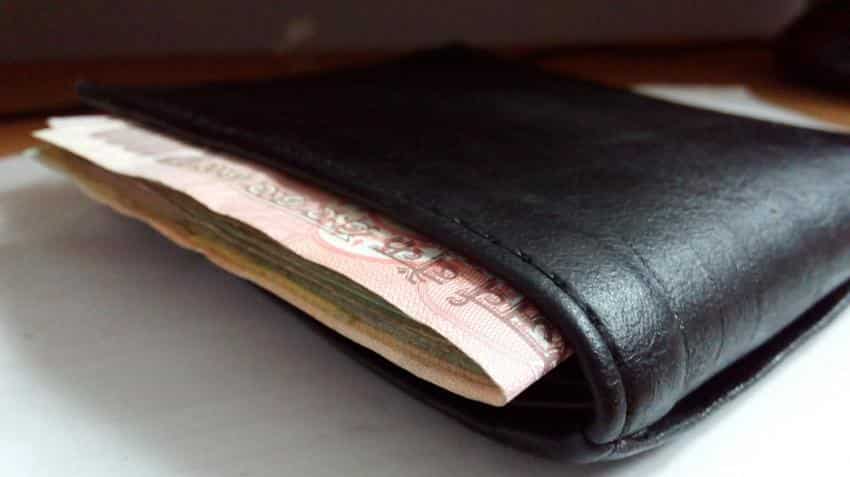 More money to be in the wallet of govt employees in August as they may receive through arrears. Photo: Pixabay

Government may disburse Rs 34,600 crore to its employees in August salary as arrears because of implementation of the 7th pay panel recommendations, India Ratings and Research said on Wednesday.

The government had last month announced that it will pay its employees arrears arising out of implementation of the 7th Pay Commission award at one go in August salary.

"The combined outgo for the Centre on account of arrears for January to July and payments for August will total Rs 34,600 crore," Ind-Ra said in a statement.

The outgo due to the hike in salary and pension is unlikely to cause significant systemic liquidity disruption, it said.

The government has already notified the 2.57-time hike in basic salary for 1 crore government employees and pensioners as per the 7th Pay Commission recommendations. The pay hike has been made effective January 1, 2016.

According to Ind-Ra, the banking system liquidity will experience transient frictional tightness ahead of the payment of arrears.

"The government is likely to go slow on spending as it gears up to meet lumpy payments. Temporal adjustments notwithstanding, the overall liquidity conditions will be cushioned as RBI will transfer its profit to the government of India," it said.

In the current fiscal, the Reserve Bank will transfer its surplus profit of Rs 65,876 crore.

Out of the Rs 1.02 lakh crore gross impact of the 7th Pay Commission on the exchequer, the Budget has made a provision to the extent of Rs 93,325 crore.

"Any shortfall arising out of the arrears' payment is likely to be marginal and will not significantly affect the country's fiscal position," the rating agency said.

There shall be two dates for grant of increment - January 1 and July 1 every year - instead of the existing July 1 only.

The proposal for hikes in allowances has been deferred and will be taken up by a committee later.