Union Ministry of Human Resource Development had written to the Department of Public Enterprises earlier this month in this regard. It reportedly said that it has been receiving many complaints about PSUs not recognising degrees/diplomas acquired through Open and Distance Learning (ODL) examinations for the purpose of employment. 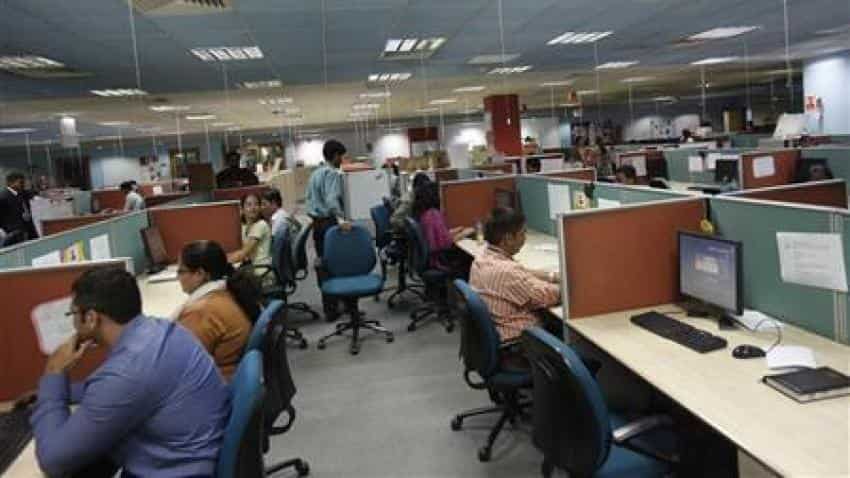 HRD Ministry had written to the Department of Public Enterprises saying to have received many complaints about PSUs not recognising degrees/diplomas acquired through ODL mode. Representational Image, source: Reuters
Written By: ZeeBiz WebTeam
RELATED NEWS

Government jobs are the most coveted of them all, especially after the implementation of the 7th Pay commission, which has raised salaries of employees by a big margin and expectations are that a bigger hike is in the offing as staff is demanding a much bigger hike than the one recommended by the 7th CPC report. Be that as it may, it has been revealed that for a huge number of candidates who had virtually no hope of getting a government job, can now actually apply and hope for good news too. It has transpired that after receiving complaints, Public sector units have been directed by the central government to recognise degrees and diplomas acquired through open and distance learning from UGC recognised universities for recruitment purposes. That means lakhs of candidates can now apply for government jobs.

According to reports, Union Ministry of Human Resource Development had written to the Department of Public Enterprises earlier this month in this regard. It reportedly said that it has been receiving many complaints about PSUs not recognising degrees/diplomas acquired through Open and Distance Learning (ODL) examinations for the purpose of employment.

The Department of Public Enterprises took the cognisance of the MHRD letter. The department reportedly said that as recruitment to the below Board level posts is done by Boards of CPSEs, the administrative ministries/ departments are requested to advise their CPSEs to take cognisance of the various notifications/ circulars/public notices of Ministry of HRD and University Grants Commission.

In the letter to his counterpart in Department of Public Enterprises Seema Bahuguna, R Subrahmanyam, Secretary in the HRD Ministry, reportedly said, "In this regard, it is mentioned that Government of India has consistently maintained that degree acquired through ODL mode are valid for employment in government and PSUs."

The HRD Ministry's recent directive is likely to benefit those candidates/aspirants who toiled hard to complete their education through ODL mode.

A government job based on 7th pay commission salaries and benefits has the potential of virtually transforming a candidates life. Also, if and when, the demand to raise the salaries by a 7th CPC fitment factor of 3.68 times is cleared by the Centre, central government employees will become some of the highest paid workers in the country.