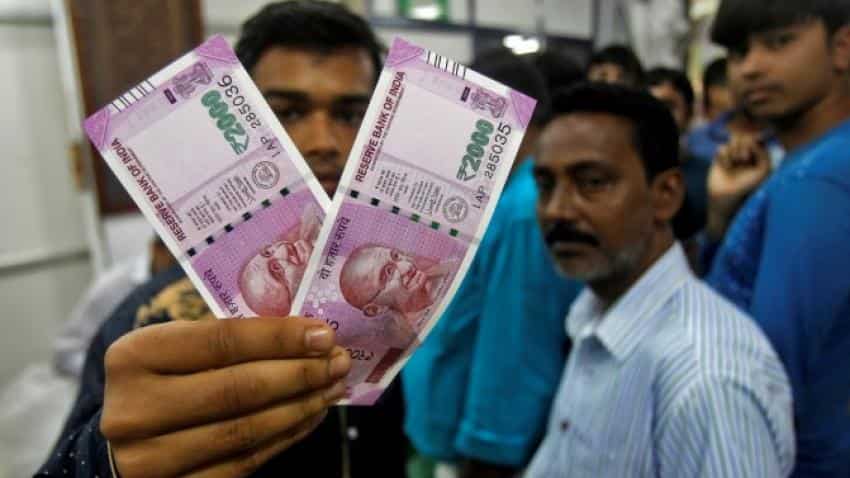 7th Pay Commission: The government is ready to implement the pay hike from April taking into account the needs and priorities of stakeholders. Image source: Reuters
Written By: ZeeBiz WebTeam
RELATED NEWS

The report, quoting Finance Ministry sources, also said that the government is ready to implement the pay hike from April taking into account the needs and priorities of stakeholders from employees’ unions leaders to government representatives. “Lower-level employees will benefit by pay hike,” the report by the website TKBSen added. However, the veracity of this news is certain and it should be noted that P Radhakrishnan, Minister of State for Finance, recently ruled out the possibility of any increase in pay with a hike in fitment factor for government employees.

In a written reply to a question in the Rajya Sabha, Radhakrishnan said that the Modi government was not considering a hike in minimum pay and fitment factor beyond the recommendations of the 7th Pay Commission. “The minimum pay of Rs 18,000 per month and fitment factor of 2.57 are based on the specific recommendations of the 7th Pay Commission in the light of the relevant factors taken into account by it. Therefore, no change therein is at present under consideration,” said MoS for Finance Radhakrishnan in his reply to the Upper House of Parliament.

The MoS for Finance was replying to a question by Samajwadi Party lawmaker Neeraj Shekhar in which he asked, “whether Government is actively contemplating to increase minimum pay from Rs 18,000 to Rs 21,000 and fitment factor from 2.57 to 3, in view of resentment among Central Government employees over historically lowest increase in pay by 7th Central Pay Commission (CPC).”

Meanwhile, Lok Sabha speaker Sumitra Mahajan recently announced the formation of a committee to propose revision in the pay structure and allowances of Lok Sabha and Rajya Sabha secretariats employees.

The parliamentary committee has been constituted following a consultation between Rajya Sabha Chairperson M Venkaiah Naidu and her, Mahajan was quoted as saying by PTI. "It will advise the Rajya Sabha chairman and the speaker of Lok Sabha on the changes that are considered desirable in the structure of scales of pay, allowances, leave, pensionary benefits and other amenities to the officers and all categories of employees of the Rajya Sabha and Lok Sabha secretariats," she said.